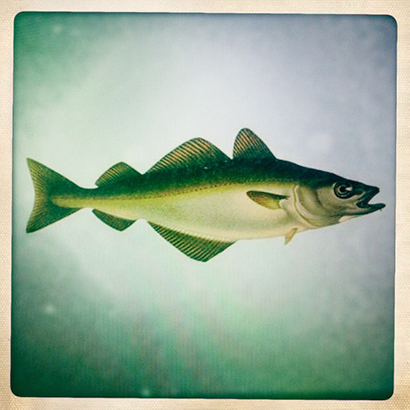 Found throughout the north Atlantic, the pollock (Pollachius pollachius) is fish often overlooked. A big eyed, big mouthed sight hunter, the pollock is found throughout the British Isles, with smaller specimens frequenting rocky, inshore marks and bigger fish, weighing up to and over thirty pounds, found in deeper water and off-shore wrecks.

Once hooked, the pollock is renowned for its fighting capabilities – powering into a bait or lure before diving down into cover. They will eat pretty much anything they can find including small fish, worms and crustaceans. As a result, a range of tactics can be employed to catch them, though many anglers will target them with lures with the fish often following the retrieve for some distance before hitting it.

The pollock is a fine tasting fish, which has grown in popularity in recent years, having been championed on programmes such as the River Cottage series.

The pollock is fast growing, but also short lived, and are most commonly caught in the summer, particularly from the shore, as they are believed to move into deeper water to spawn.