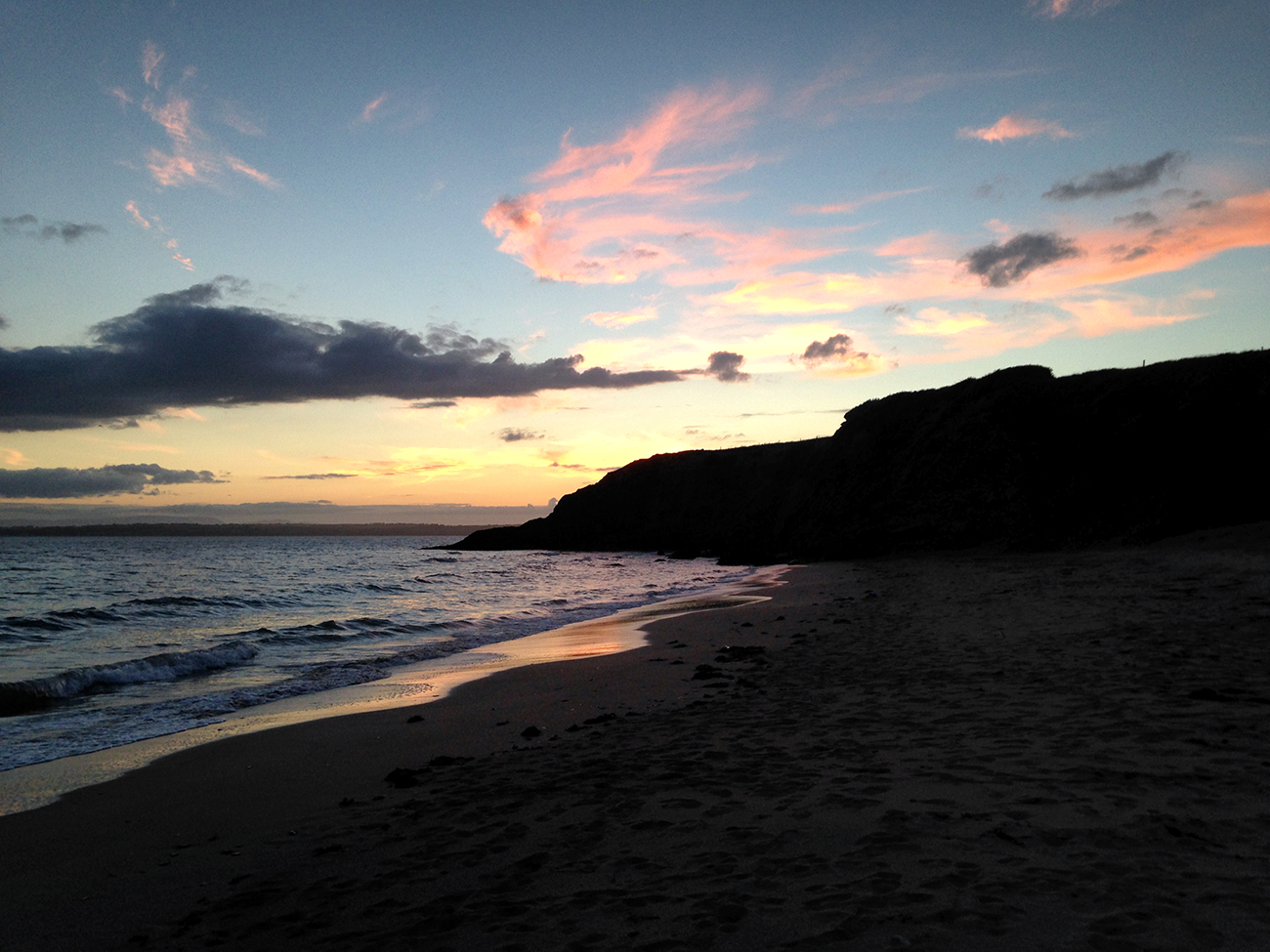 “Wexford. The oldest place in Ireland,” some would say. “Like Cornwall, only wetter,” say others. I snuck an old sturdy carp rod into a packed car heading for a family holiday in Ireland, and found myself fishing on Booley Bay beach near Duncannon on the aptly named Hook Peninsula. The tide was racing in, the sun was setting behind the cliffs, and I was fishing like a mug.

I am no sea angler. My legs are made of jelly and there is no salt in my bones. But I have been learning, slowly. The sea has a way of luring you closer, before a big wave knocks you from a rock. A bolthole in East Sussex lets me fish the shore, where my footing is more secure. Another in Suffolk offers better fishing with people who know what to do. Gradually I am getting my head around it, though I’m not quite ready for a boat.

It is not unusual for me to feel like I’m grappling around in the dark when it comes to fishing. I am a suitably inexpert all rounder, keen to try new things, difficult to settle on just one. But I’ve been told that I learn fast, and have good instincts, whatever that means. My fly fishing is coming along nicely while my coarse fishing temporarily sits to one side, and every now and again I get to the shore to remind me that nature is still a force. When you are in Wexford, the sea is everywhere, so you might as well make the most of it, but it is the penultimate day of my holiday when I finally get to cast a line. On Booley Bay there are promises of flat fish, dogfish and even a bass, but no matter what I try, they seem oblivious to my current desire to catch them.

There is a lone chough in the cliffs behind me. Ireland’s most elusive member of the crow family—black body with red legs and beak—has an interesting call, raspy like a crow’s but brighter. “More sun to it” as my friend Colm tells me. It is good company while I struggle with the waves. The three mostly-naked men wading into the incoming tide give my casting a wide berth. Catching a swimmer in not on the agenda. There are crabs taking the rag worm and giving false bites. My rig is tangling and I need to rethink. Soon the tide has turned, and so do I as I head for the nearest pub and a recuperative Guinness. 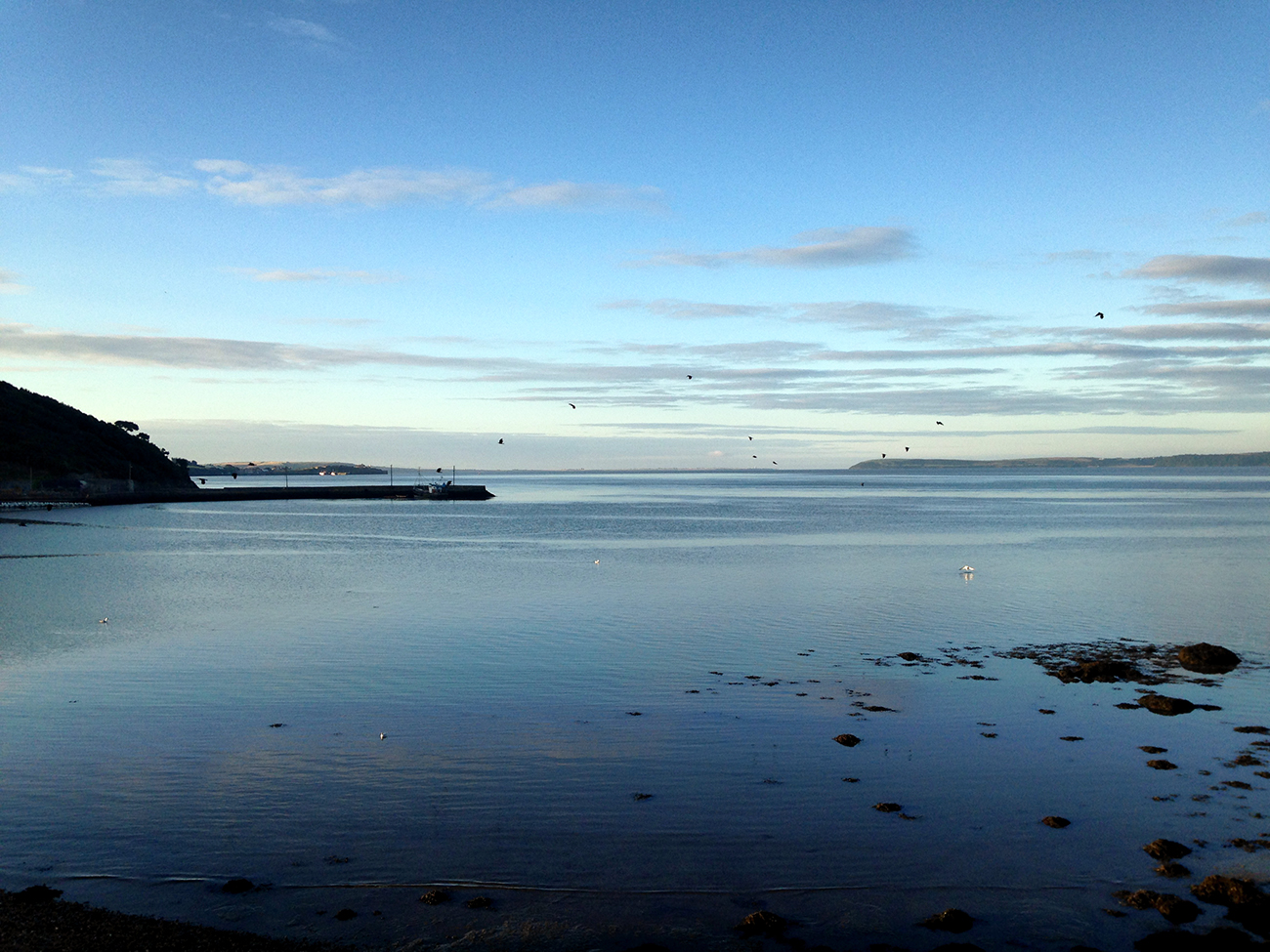 I log on to the wifi and turn to Google. Alan Yates has some answers. He always does. He knows a thing or two about sea fishing. I hatch a plan, then get lost in the Celtic riffs of the man sitting on a stool in the corner playing guitar. I soon return to the house in the little shallow bay of Arthurstown. Night has settled in and the tide has had enough of the land and has wandered further out now, and I can watch the flickering reflections of the lights on the opposite shore distort on the wet mud in front of me. A curlew calls, then again. Suitably, I am alone to hear it. It is just for me.

The following morning, my final day, I am up early, before even the gaggle of children that have congregated by the sea for their summer holidays. The whole house is asleep. I peer out of the window and the sea is creeping furtively ashore without a drop of breeze to help it. On the table sits a small leather suitcase full of old fishing gear that was lost under the stairs until I discovered it, its owner passed over to the great water in the sky. There is a random assortment, a curious mixture of ephemera, but crucially there are some decent sized swivels. Pardon the pun, but according to last night’s research, a large swivel was the missing link.

I have a rig of sorts and some day-old smelly rag. A quick walk to the pier gives me a cast into deeper water beyond. The current is surprisingly gentle and the waves lap against the wall in a calming medley. The rod tip tells me something has grabbed the bait so I strike. After a short but fun tussle, a beautiful dogfish with skin like sandpaper wraps itself around my wrist before being released without any more fuss. My duck is broken. I still have time for another cast before heading back for breakfast, and let the rod tip spring back and forth while the bait settles. Some time passes, and I remember something Phil Arnott told me about laying down scent trails when sea fishing. I am fiddling in the tackle bag when I notice the rod tip spring back and the line go momentarily slack. 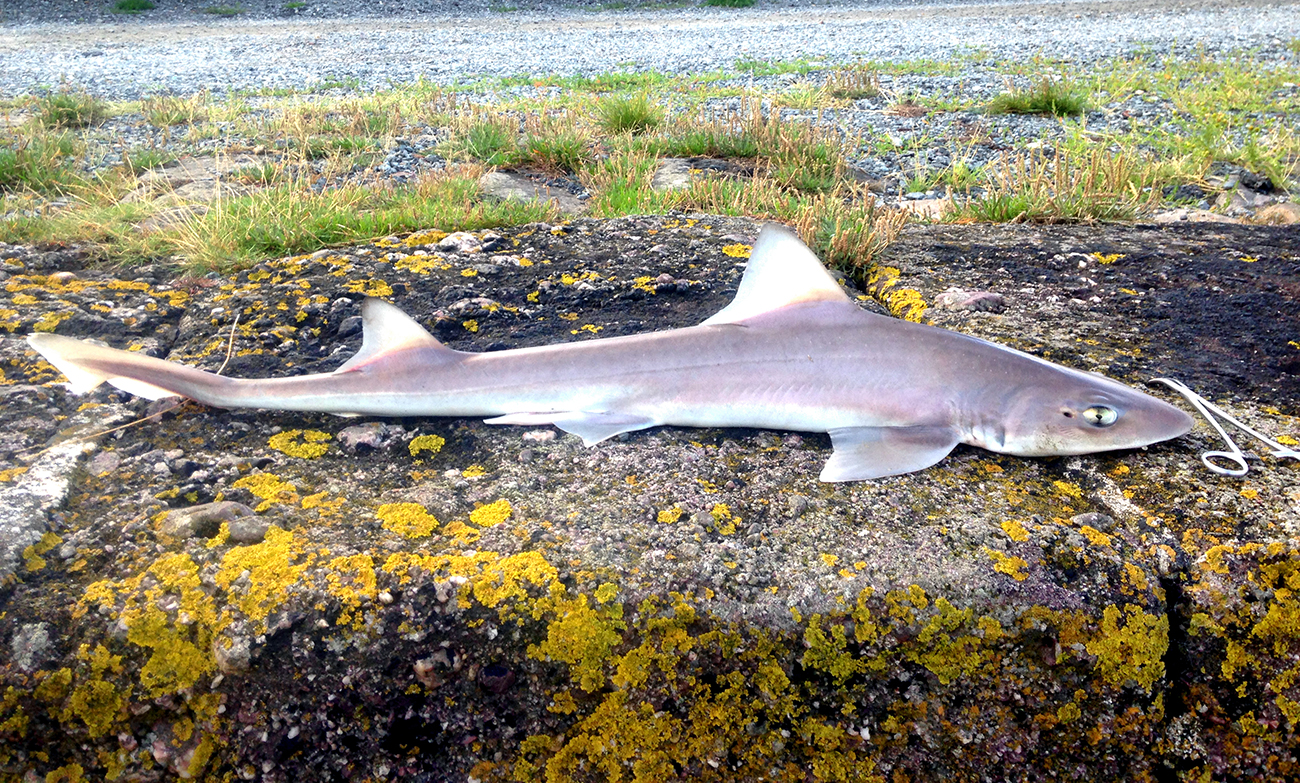 I grab the rod and tighten up. The tip nods, I strike, and am in again. But something on the other end objects, and seems determined to swim towards Waterford on the opposite side of the bay. No matter what you fish for, it is a joy letting the rod and reel do what they are designed to do, and give the fish some line. I have no idea what I am connected to, but it is much bigger than the dogfish.

Some minutes pass and I’m wondering how I will land this fish, if I get the chance. A moored trawler will prevent me from beaching it, and my net was foolishly left at home. It dives for the rocks beneath the pier and gets stuck, and the sudden release of tension fools it into freeing itself. Even a sea fish can fall for an old trick from my carp days. Then the unknown fish swims around the pier and under the small trawler. I can feel the line grating against the hull so I dip the rod as low as I can and apply as much side strain as I dare. The sanctuary of the boat was the last opportunity for the fish, and it is tiring. Then it shows itself on the surface, calms down somewhat, and I carefully pass the line and rod under the mooring ropes and climb down the stone steps between the trawler and the wall, and the fish is mine.

It is a beautiful Smooth-hound, also known as the Gummy shark or—rather unkindly—Smut. It is not big by normal standards but certainly is by mine. What lovely eyes it has, almost cat-like, and they look at you with the same indignation. Nicely hooked in the corner of the mouth, the rig worked perfectly. Wexford has been kind to me. The fish swims off and I swivel on my heels and head for home.