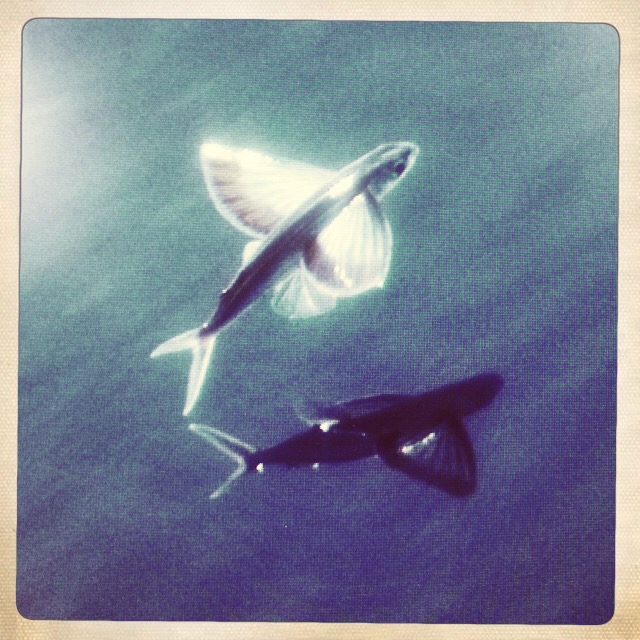 One of those creatures that leaves children open-mouthed. A fish? – that lives in the sea? – that can fly? Woaahhh!

There are in fact 64 species of Exocoetida, and though they don’t really fly in the conventional sense, they can stay airborne for a considerable time. By swimming at speeds of over 40mph they can leave the water and glide on giant pectorals for distances of up to 400 metres. In 2008, a Japanese film crew recorded a specimen that remained in flight for 45 seconds. That is longer than your average salmon leap.