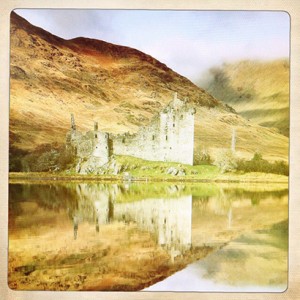 Some 80 miles north-west of Glasgow sits Scotland’s longest freshwater loch. Awe is aptly named – the scenery here, though perhaps not as dramatic as in the Great Glen, remains jaw-droppingly beautiful. And the fishing, though popular, is largely untapped.

Loch Awe is twenty five miles long, and holds a good head of trout, perch, eels and roach. Salmon find their way in from the River Orchy, but the real draw are the pike and ferox. The pike fishing attracts anglers from across Britain, and these are big, beautiful fish – 25 pounders and bigger are regularly caught.

The ferox are tougher to find but grow vast. The current British record came from Awe and weighed over 31 lbs, while a foul-hooked fish just shy of forty pounds was caught in the mid 19th Century.