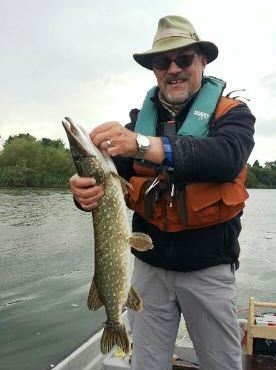 Maurice Neill was born in Belfast in 1959, of Ulster-Scots descent, and lives in the seaside town of Bangor in Co Down. He had salmon anglers for grandfathers, a trout fisherman for a father and three cousins with webbed feet. He has fished since he was five and is a member of Downpatrick and District Angling Association. He has been writing for a living since the age of 18, has reported for Reuters, a range of national and regional newspapers and contributes the John Dory angling column to his local weekly newspaper The Co Down Spectator. He is press officer for the RNLI’s Donaghadee lifeboat but his most memorable waterside experience was with Thin Lizzy’s Phil Lynott. Backstage they took a leak together in the river Boyne during the first Slane Castle music festival in 1982. No fish were harmed during the incident.