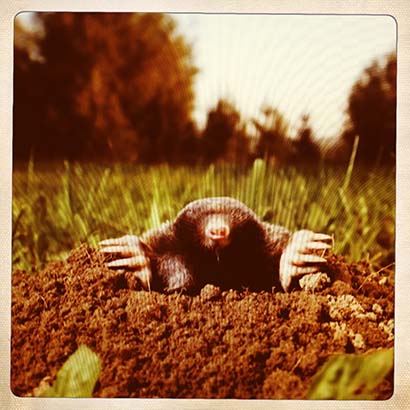 The poor old mole is a much maligned mammal. He spends almost all of his life underground, where specially developed blood cells allows him to survive very low oxygen levels. Their underground tunnels act like traps and any worm that happens to drop in is swiftly sniffed out and given a paralytic nip. The saliva of a mole is mildly toxic allowing the worm to be kept, paralysed, in a food larder until it is eaten.

Gardeners loathe the mole due to their rather unsightly ‘hills’, but anglers see this by-product as a handy groundbait additive. The soil is fine and packed with amino acids, attracting plenty of fish but without over feeding them. Next time a mole pops up in your garden – don’t scorn him but thank him for his thoughtful generosity.