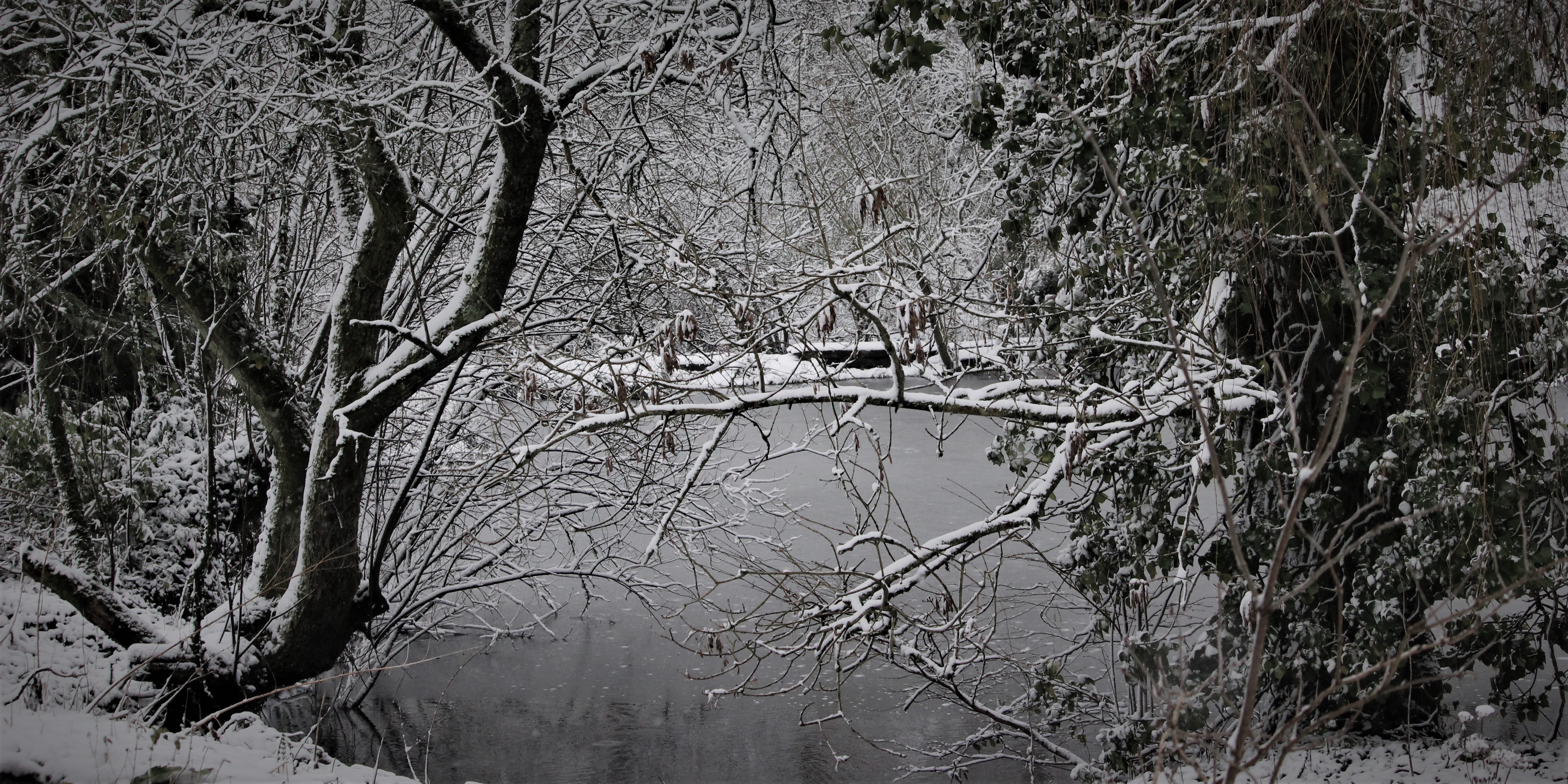 I rather limped to the end of my coarse fishing season. The rains swelled the rivers (I didn’t fish the Dorset Stour once all season) and the late-winter perch bonanza failed to materialise. There were a couple of finned flurries from the lake I had been visiting throughout the winter. Matt managed a 3 pounder, Julian a fish of 2lb 14oz, while I had three two pounders in the space of a couple of hours. But action was frustratingly sporadic, compounded by the ever-hungry carp and piranhic rudd and roach. We caught on at least five different baits and a variety of methods, and found the fish in several different swims. We were also catching different individual fish, with 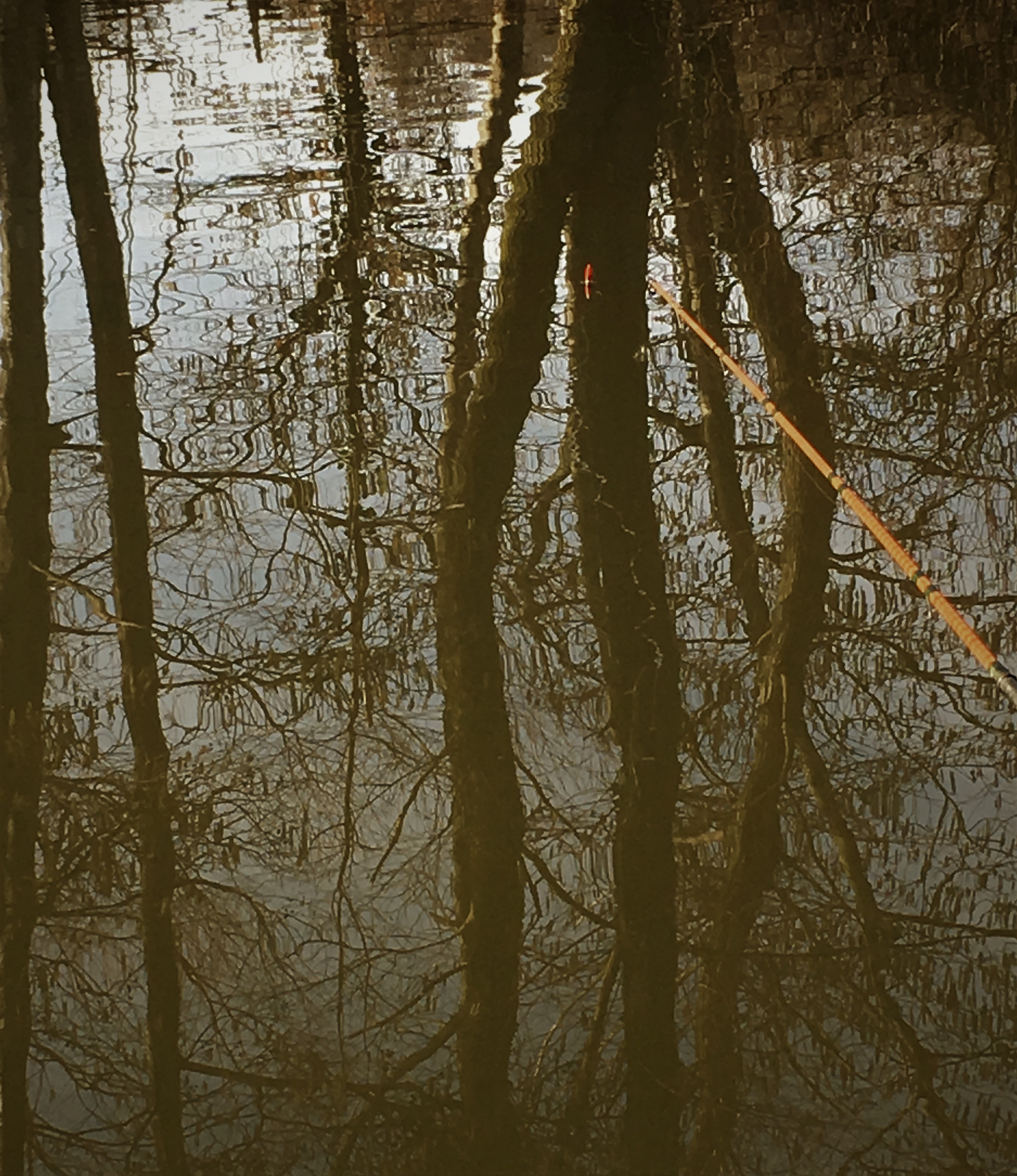 only a couple (dating back to October) being potential re-captures – and although the overall perch population was likely moderate, there seemed to be enough fish to provide more consistent action that we were finding.

Perhaps the sheer quantity of other fish kept the better perch both shy and well fed. The carp would move in with muscle and quantity, certainly outnumbering the perch. Although it was possible to wind the perch up by stirring the small fish with maggots, the commotion would become such to bamboozle a sight predator. Sometimes a menu can be so extensive that it can be overwhelming – you end up so spoilt for choice that you simply lose your appetite.

As the season slipped into its final week, my interests became ever more confused. I felt that I had unfinished business at the perch lake – my biggest fish from it this season remained the first I caught. Yet I had also seen enough of it. I was going through the motions and not responding to the water as I should. And I was missing the sound of water. Being outside in late winter, sitting among the yellow of celandines, ears filled with the chat and bubble of tits and nuthatch – I wanted to hear the water moving through the scene. With a float pulling line from the centrepin and no knowing of what might dip it.

With little definitive sense of direction, the decision was then taken from me. The car decided to try running on two cylinders and will cost far more than its worth to put it right. For the final day, people very kindly headed in my direction, with Rich coming to pick me up and drop me home. We fished a spot where none of us had previously considered and, having been soaked shortly after arrival, had a lovely afternoon. We fished for perch with varying degrees of success (Matt faring the best with a 2 and a quarter pounder), and enjoyed a final day tea party almost as long (and certainly more luxuriant) as the Mad Hatter’s.

It was a fitting season end, and I woke on the 15th March with a sense of clear-mindedness. Much as I always enjoy the intensity of the final weeks – it is invariably my favourite time to fish – I also love the relief that comes from knowing I can’t fish for three months. Spring is busy enough without fins getting in the way, and if I should need a fix then I could always cast in saltwater or dust off a fly-rod. I have tried to fish during the old ‘close season’, for tench and carp, but it hasn’t felt right. A case of conditioning and familiarity no doubt, but nevertheless I am happier to not fish. Not that I am not grateful to those that do. When I want a packet of hooks on June 15th the tackle shop should have survived on other people’s custom, and the owner of the perch lake will be shifting far more tickets to fair-weather pleasure anglers over the next six months than he would ever sell to grizzled and grumpy winter stripe-hunters. The commercial side of coarse angling depends upon year-round custom – particularly in the face of online bargains and tightening purse-strings.

But would my thoughts on the Close Season change were the dates to shift? Would I fish a river in early April knowing the banks would then be vacated until July?

I pondered these thoughts as I completed the recent Environment Agency Consultation. It was a lengthy affair – understandably so given the complexities of the subject. And it certainly seemed, to my mind at least, to be loaded towards a shift in date of the river season if not an abolition.

The dates mooted – 15th April to 30th June – would certainly be of more benefit to late spawning fish such as barbel, but other species, such as dace and perch, will be readying to spawn as I type. There is, admittedly, an exception made for pike fishing, but what of those other species? As winter mean water temperatures rise in our skewed climate, predicting spawning dates will become ever harder.

There is also the habits of fish in specific rivers to consider. Trev Harrop and Budgie Price (at the Avon Roach Project) know the precise day on which to lower their spawning boards, but the chalkstream water of the Avon is very different to rivers elsewhere, not least the Dorset Stour with which it shares an estuary.

For me though, as I have written elsewhere and often, the value of the close season is to the river as a habitat. On an island where 70% of the land area is farmed, and where 272 people (on average) squeeze into every square kilometre, the streams and rivers are nature’s lifeblood. And even though, especially with fewer anglers now fishing running water, a coarse angling presence would have negligible impact, and almost none on big open river stretches such as the tidal Trent – the nature of some anglers, and the lack of awareness of a very few, could cause significant local problems. I took a walk around a local lake a couple of springs ago and was worried to see a bivvy pitched right beside the spot where a moorhen was nesting. I went over, asked the angler if he was aware of the nest (he wasn’t – even though it was a couple of feet from where he sat – 8 eggs going cold and no sign of the mother) and suggested that he might move to give the moorhen a chance to return. He did, after all, have the entire lake to himself. I popped down the following morning and he was still in the same spot, and the nest has not been used since.

The reality is that for every fifty of us who treasure the riparian environment as much as the fish that we chase within it, there is one individual who is nonplussed. Who may well be ignorant in bliss, which is not a deliberate fault, but who might chuck empty beer cans up the bank and not care that a pair of kingfishers have a burrow beneath his feet.

For me, and I do admit to someone who doesn’t cope particularly well with change, I say leave it as it is. There are plenty of tench and carp and crucians to be courted in the spring sunshine, and commercial fishery owners who need your money, but let’s give the rivers a break for three months. They deserve it.