The autumn equinox is one of the loveliest times of the year, with soft days sandwiched between dew-drenched mornings and slow pink sunsets. Yet there is also a curious sense of poignancy, stirred by the end of summer, with a shift from light to dark and the quiet of the air.

The fishing though, can be extraordinary. With rain and cool air freshening and re-oxygenating the water, the rivers recall once again their current purpose.

But there are other things going on too.

A steady southerly stream of birds that might drop a surprise at any moment. Hatchling grass snakes around the compost heap and newly birthed adders in the scrub. Beneath the beech trees sit the freshly baked caps of ceps and the golden yolk splashes of chanterelles. On the woodland edges troop fly agaric and shaggy inkcaps. I want to involve myself with all of it, but those shortened days that accompany this glut also restrict opportunity.

With so much happening, I always find that September, rather like May, simply isn’t long enough. Quite how we go about stretching it out I’m not sure, but there must be a steel-cold day or two in January that could be shipped in – or we give August a bit of a trim. I’m sure Julius Caesar would approve… 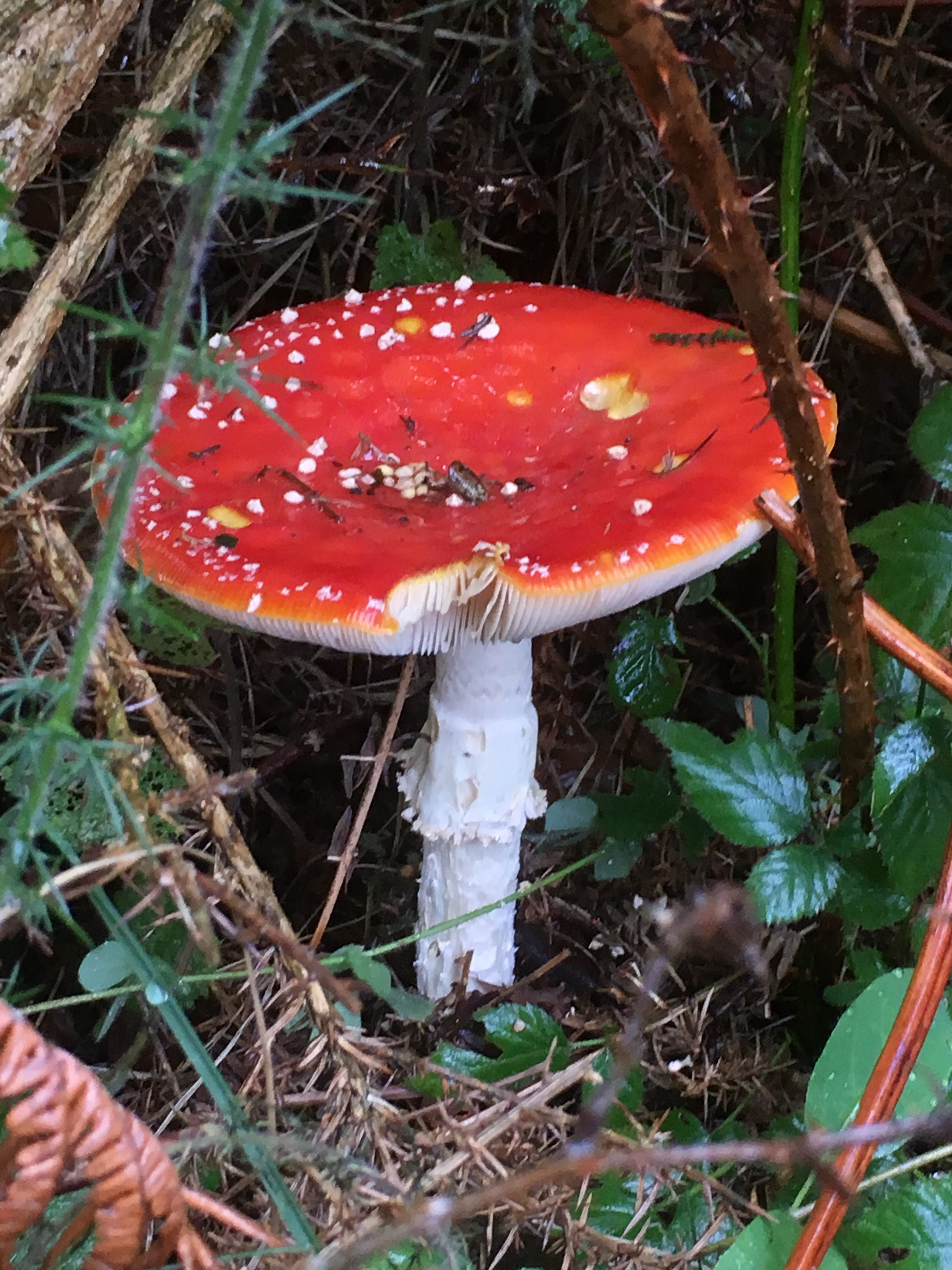 I could, of course, teach myself better time management, and in some ways I have. A quick diversion en route to the supermarket can yield half a basket of prime fungi. Those ceps and chanterelles are reliable and regular and over the past few years I have learned not just where they appear but when. I do miss the unknowing excitement of stepping into a virgin forest. Looking for the perfect spot, the combination of soil, tree species and drainage. Casting a line in a place that ought to produce but not knowing if there is anything there at all.

But having made more efficient use of my time spent finding the mushrooms, I then went and did something daft on the angling front. I went perch fishing.

Last year, with a trip booked to Wallers Haven at the very end of September, my angling summer drew nicely through until October. I caught some perch here and there, but my focus remained predominantly on tench and I enjoyed plenty of slimy encounters.

This year, despite the loss of weeks to the extreme heat, I did manage a trip which was going to be difficult to better. A dozen tench, all of a good size (for my needs), and every hooked fish landed. There are certainly bigger tench there to be caught, but in terms of numbers, I will struggle to match that particular evening, and as a result the appeal has slightly lessened. Instead, with the days shortening, I felt a faint but distinct prickle.

I headed for another local lake with a tub of prawns and a scatter of rather sorry looking maggots. I knew that the carp would be easily alerted should I overfeed, and so kept my presence as quiet as I could. Two or three maggots and a couple of pieces of broken prawn would suffice as enticement – with occasional top-ups. The pool had seen an explosion of weedgrowth in the sunshine of summer, and, judging by the constant dimpling of the surface, a profusion of fry. 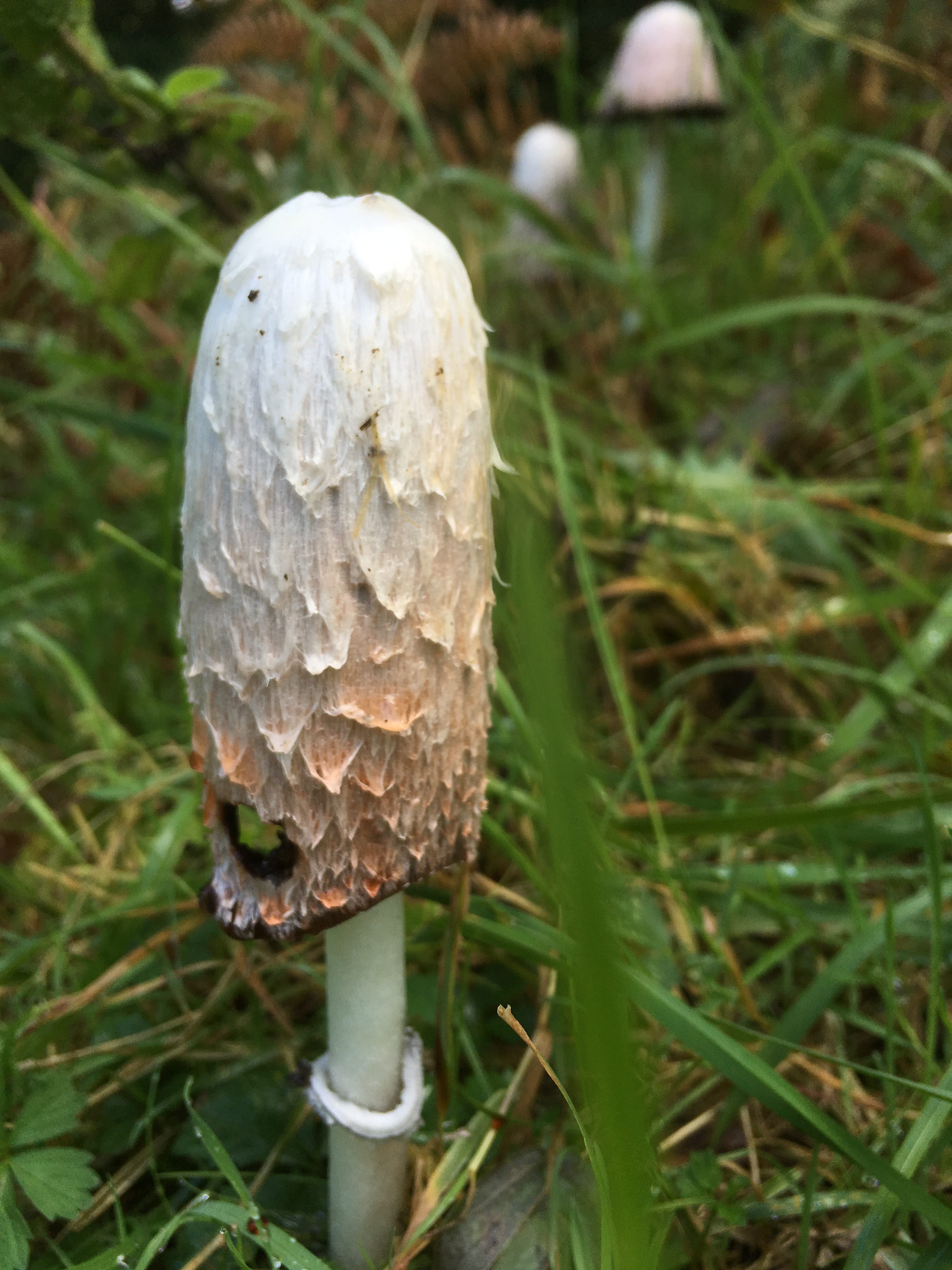 I headed to the head of the pond beside the inlet stream, where the steady movement of water had kept the weed at bay. There was only around 30 inches of depth to play with, but I could nudge my float up against the trailing branches of a willow and once there, it didn’t remain still for long. The first perch was a decent pounder and a smaller fish soon followed. Then came a lull which I have found to be typical on this water. The better perch seem to move around in fairly small groups, offering a flurry of bites in between long periods of quiet.

I am not very good at sitting on my hands during periods of inactivity. It’s the perfect time to put the kettle on, but what I often end up doing, almost subconsciously, is over-feeding and getting an unwanted interruption from a carp. And so the pattern continued, with a decisive bite, an unstoppable lunge into the thick of the willow and a disconsolate angler left licking his wounds and kicking his self.

I took a stroll before casting again, and the pond seemed to respond to my patience. I missed a bite, so waited an extra second when the next one came. The perch dived into the weed to my right and the line squeaked. I eased it out but it dived again, and this time the float got itself clogged as the perch ran to the left. I took my time and eased the fish (and a clod of weed) towards me, and as soon as it felt open water, a shake of the head cleared much of the washing from the line.

In the weed, my imagination had run riot, while in the open water I thought it nearer 2 pounds than 3. In the net though, I found a fish that was probably no more than a pound and a half. It was spikey and big-bodied, with plenty of room to grow – as was the perch that soon followed. This fish might have scraped two pounds but I didn’t wait to see, casting again while the swim was hot. Another bite came immediately and this time the strike was met with greater solidity. For a moment, I thought a carp had muscled in, but a couple of head shakes suggested another perch, and this was a far bigger fish. My heart fluttered, and the rod seemed to creak as the fish lunged beneath the willow. For a few glorious seconds, my mind raced with possibility, before I was walloped by that kick-in-the-stomach sensation as the rod sprang straight.

The hook-length had parted, and having taken another walk to calm myself, I re-tackled with 6lb line and a change of perspective. It seemed though, that the courtiers had left with the monster, and no more perch came. Instead, the carp arrived, and having caught a perfect little horse-chestnut, a double figure oak tree beat me up and left the swim swirling with uprooted weed. I landed it, but didn’t wait to see if it had any redwoods were loitering. Heading for home with the fire of the sinking sun still burning bright in the west. I will be back. 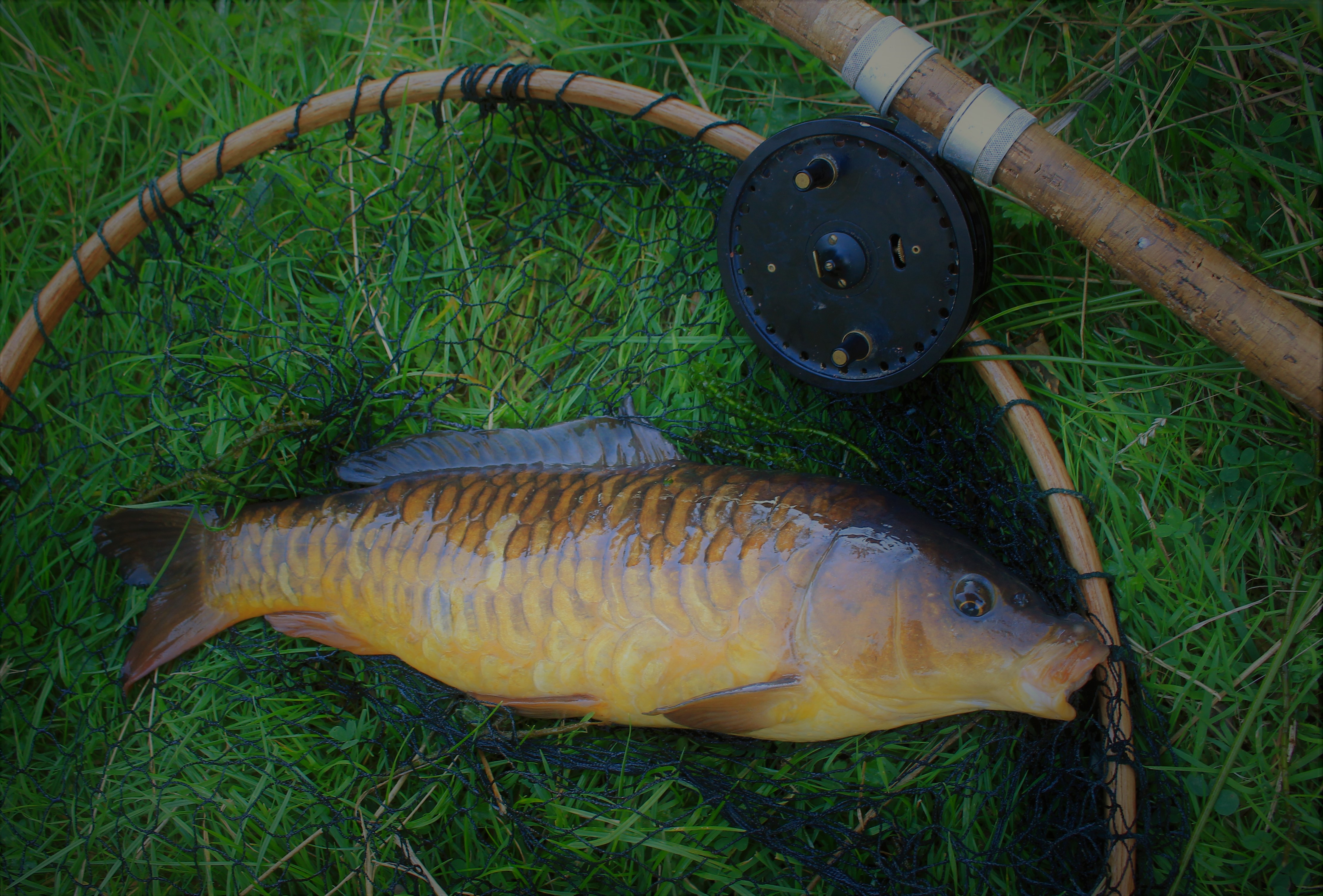