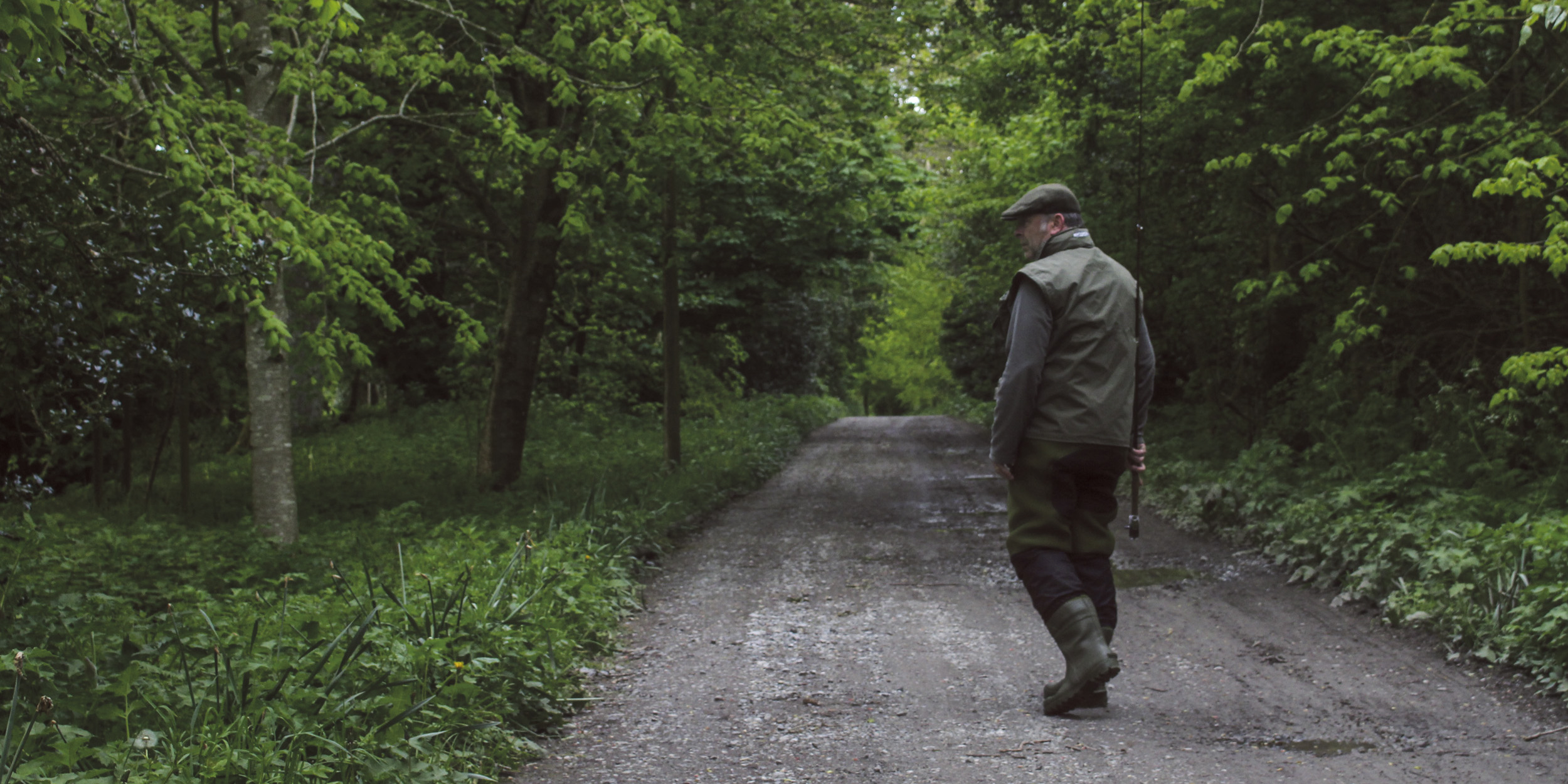 The sound of the line unfurling through the air cut through the distant  thrum of the rapids, bird song penetrating the backdrop like needles, sunlight dappling through the boughs of hornbeam, birch, and willow, splinters of shine, bouncing and carrying on the riffles of current. Then a step or two, the push of water as strong, thick legs and a wide gape make their way upstream. This is what I remember.

It’s a strange thing, growing up surrounded by trout but hardly ever fishing for them. But I watched my father do it countless times, and lost myself easily to its rhythm. Trout proliferated in the rivers and streams of my youth—limestone, weedy, packed with minnows and crayfish, with runs of elvers climbing the walls of the weir—yet they had to fight hard for my attention. Now the trout rise in my dreams, determined for more of my time.

Perhaps it was because my father was a fly fisherman that I never seriously targeted them, in the same way I learned to play the piano, rather than his musical instrument of choice, the guitar. In my youth I often chose paths that were similar to those trodden by him, but not quite the same. I wanted to stand on my own two feet, rather than ride on his coat tails.

It was the perch that caught my attention first: ravenous, easy to catch, glorious in the sunshine in their spiky magnificence. My father showed me how, hoping perhaps that it bought him some peace from my questions. I fished local and often, focussed on the perch, but I knew the trout were there. But they were his, and the perch were mine, and I chose not to cross swords. If I wanted to fish for them, I would have to wait for my own reasons to make sense to me.

The older I get, the more my path and my father’s seem to coalesce, and I find myself fighting not to turn into him. Almost always slim, my expanding waistline now has its own mind to mimic his, and when I meet old friends of his, they comment on how much I look like him, when they never did when I was a younger man. Perhaps there is something in the finality of loss, as it slowly drifts out of memory, that we snatch sight of it in places we didn’t notice before. And now, when dreaming of fly fishing, I am always fishing the dry fly, because that is what he loved. Yet he didn’t always fish that way. There are other methods too, but they don’t draw me to them as much as fading memories see him casting deliberately for  those feeding fish in the soft evening light—that beautiful but savage death kiss, the embracing from below the surface that brings an end to life above it.

Time has a habit of stealing years, and in my late forties I find myself thinking of trout when I’m perch fishing, rather than the other way around. But it’s the cast that always gets in the way. That delicate presentation, not only of the fly, but of the angler, all to fool a fish, seems almost too much to ask. Dropping the fly “like the kiss on an angel” has all-too-often seemed beyond me, while doing all of that on a river that waits for no man—the current carrying my mistakes quickly past my nose and downstream—makes dry fly fishing seem particularly cruel to somebody as cack-handed as me.

I broke my duck six years ago with a hungry little trout from Exmoor, which owed more to the unforgiving environment they inhabit than any skill of mine. Like the Klinkhammer that caught that fish, I was buoyed with positivity, but was quickly dragged back down to earth a few months later by the Suir, which raged past me unforgivingly, with no time to spare for beginners. I watched as my father’s friend Tom Fort fished into near darkness, the water lapping at his chest, and realised that I had a long way to go. But it was coarse fishing that showed me the way. I took my fly rod onto the canal, practised casting at rudd and roach, and felt more comfortable with what I was trying to be.

I understood too that it was wilder fish I was after. Or fish from wilder places. I didn’t enjoy the sanitised ponds, with the grass mown and the bankside reeds trimmed politely to place the angler above the needs of nature. It reminded me of my final days carp fishing on commercial waters. I needed to pit my wits against the ruggedness of the landscape of my youth in order—perhaps— to meet my father’s expectations, or simply because I feel better when I’m fishing in their domain, rather than bringing them into mine. 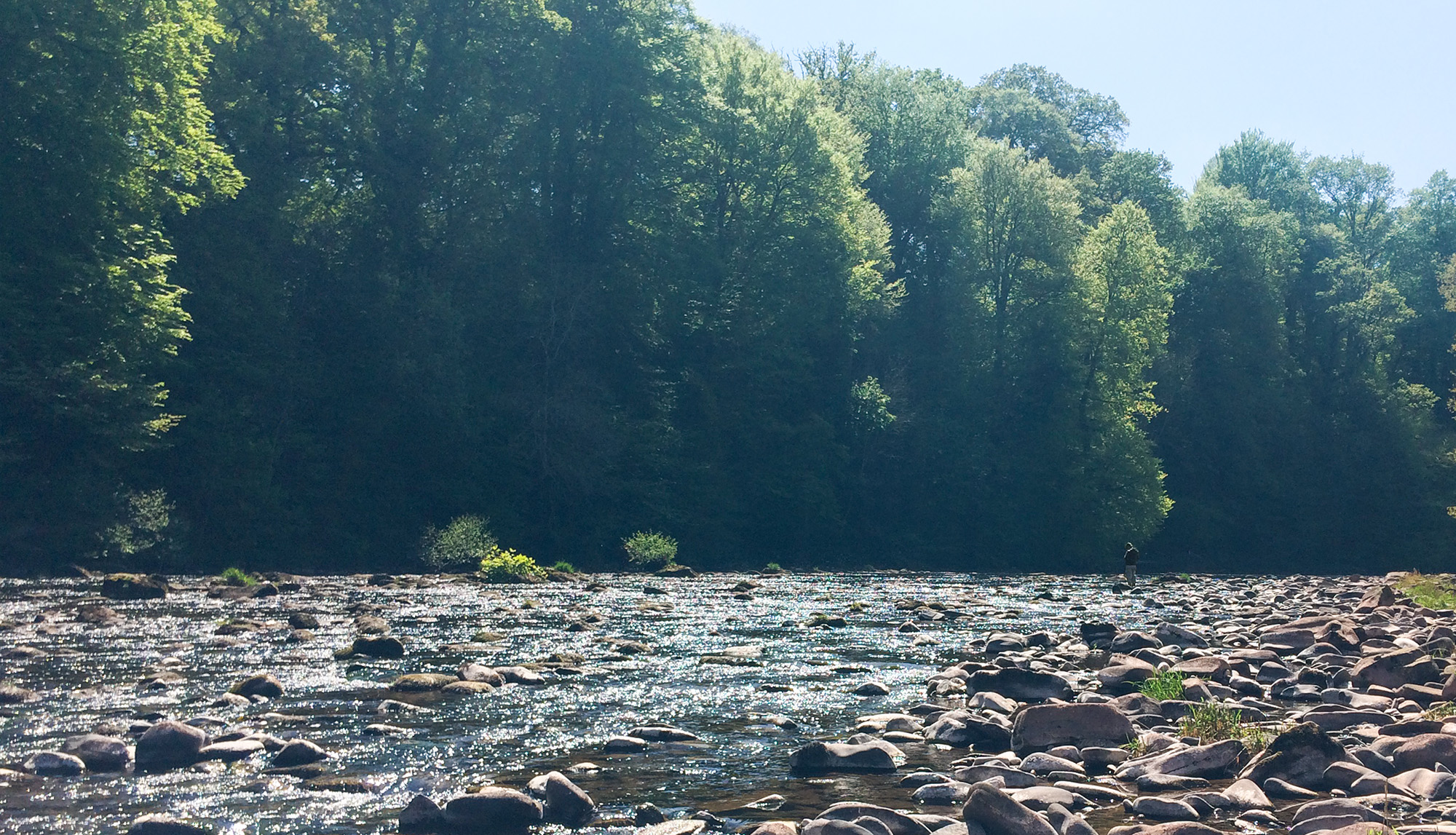 Then I visited Wales, and the Usk at Gilffaes. It was warm and dry, the river low and clear, with a bright sun burning in the sky, hardly ideal conditions. We had interviewed the former owner, a fascinating Irishwoman called Peta Brabner who remarked that the river was hard to fish and the trout within difficult to catch, but in that lay the reward. It struck a chord, and after filming I dressed my rod, strolled to the river, and tried hard to pack my insecurities away.

I waded and rock-hopped, watched and tried to remember. When I found myself embraced in a hatch of yellow flies, I remembered I should try to match them, so I sat on a rock, lit a cigarette, and waited until one landed on me. I examined the fly box, found the closest replica, and watched further. There was a deeper run, and then a dash and a slurp as a trout took a fly from the surface. I kept low, on my hunkers, and cast to the top of the riffle without a splash, and it took it immediately.

Having released my fish, I continued to cast, proud that I had got there but in no doubt that it was just the beginning, and the sound of the line unfurling through the air gently cut through the distant thrum of the rapids. 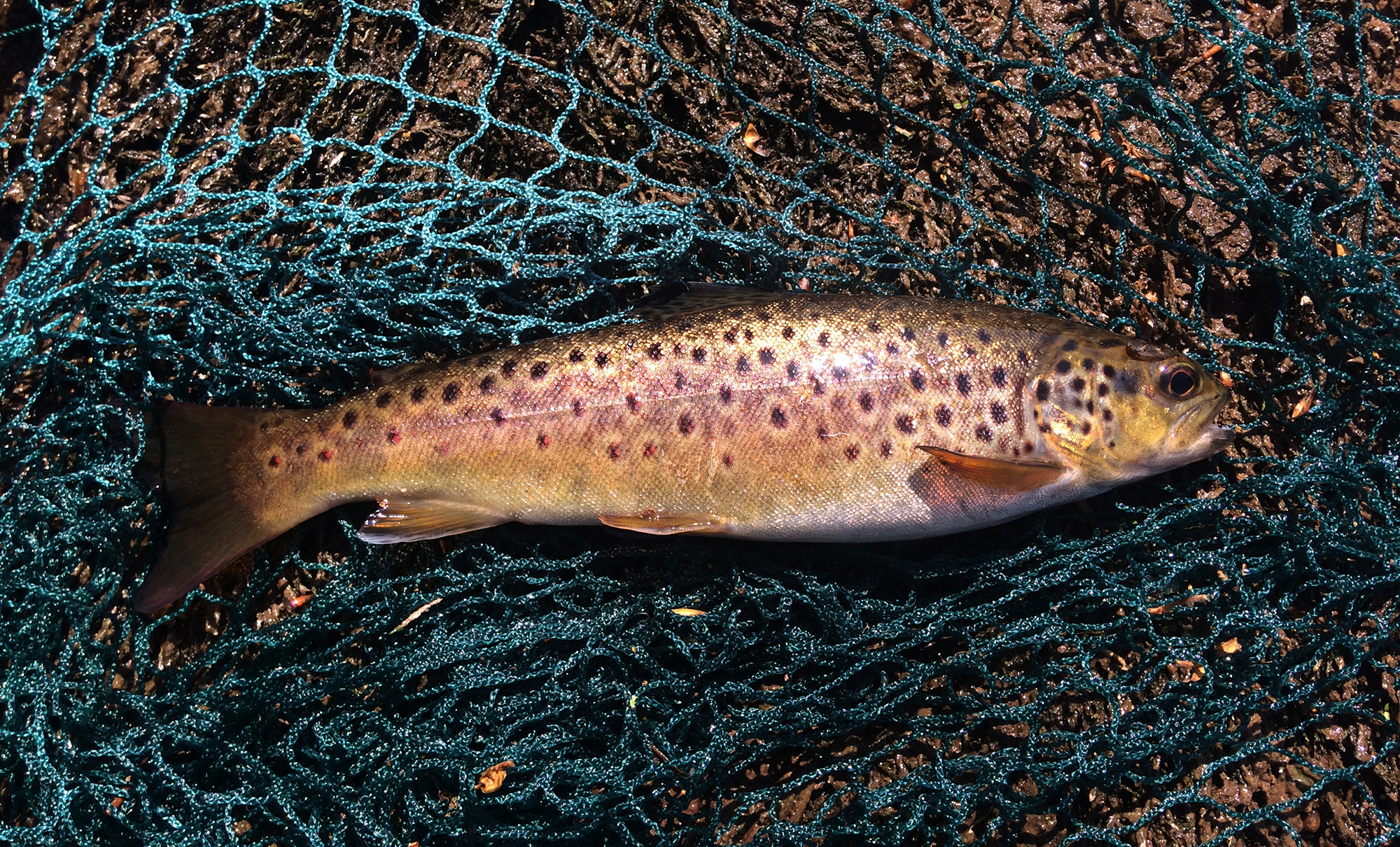