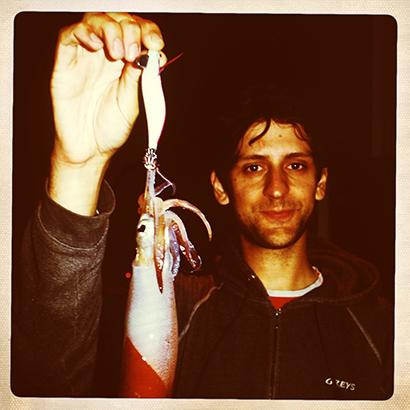 Anyone who read Issue One of Fallon’s angler will have been inspired/bemused/terrified of Dom Garnett’s after dark exploits in Torquay.

To recap, Dom penned a rather brilliant piece about squid fishing, and one of the most fascinating aspects was the type of lures he used. Though the body resembled that of a standard lure (imitating a small prey fish), instead of a single or treble hook at the base, sat a double-crown of upward facing points. The squid makes a grab for the lure, tangles its tentacles, and is then reeled in.

Dom mentions fishing a hot spring evening on a rising tide. Such conditions shouldn’t be too far away – perhaps it might just be worth a cast…calamari on toast anyone?