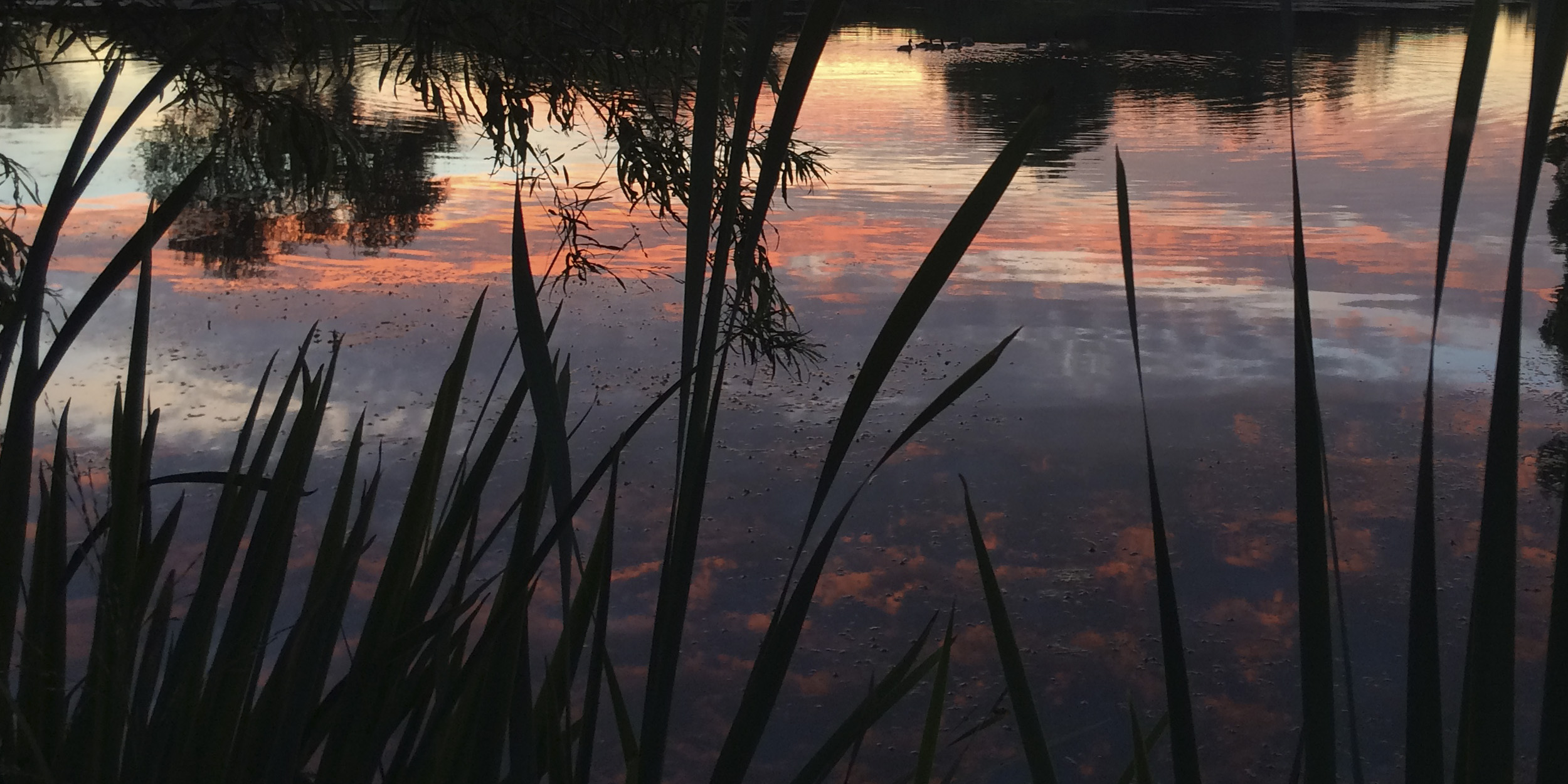 I rested on the wooden platform, my legs dangling over the edge while my eyes wandered over the still water of the canal in front. They were tired and reluctant to focus, nor could my mind hustle to attention, as if it was off playing somewhere in the long grass. A sprightly young heifer clambered up onto the far side bank from the woods beyond, and feasted, until a passing train stole her courage and she left to rejoin the herd. Then something caught my eye, a gentle movement below my feet, as a shape glided through the reflection of the clouds. It was a tench.

I had not the tackle to catch it, being set up instead for pike. So I slowly changed position, lying down on the platform with my head peering over the edge, as a child might gaze into a fishbowl. I watched it for several minutes, free for once from the urge to put a hook in its mouth. It was a lovely male fish, over 4lb, with those muscular, slightly upturned fins as though they have rolled up their shirt sleeves to show off their muscles. But then it was joined by another, much bigger female, and to this day, it is the biggest tench I have ever seen.

My father collected me later at the humpbacked bridge, as he did most evenings that summer. Fishing the canal was slowly nursing me back to health as I was forced home to convalesce after a mystery illness had taken the energy from me. But I was grateful for it, because it bought me precious time with the fisherman I revered the most. After every trip he would prod me with questions, keen perhaps, to see if I was developing my sense of the piscine world.

“Are you sure? That sounds enormous,” he countered. “Not far off the record. I’ve never heard of a fish that big from a canal.”

“I am,” I replied. “I watched it from no more than four feet away.”

“Water likes to play games with our eyes,” he reminded me.

“I’m positive. Look, it’s like that one in the book. Just bigger,” I said, starting to worry that he didn’t believe me.

“I remember walking the canal a few years back, not far from where you sat,” he said. “I noticed what I thought was a pike-shaped log just a few feet out. It couldn’t possibly be a fish as it was far too big. Yet it wouldn’t stop looking like one. So I picked up a large stone and threw it in, and with that, it slowly moved away, and disappeared into the shadows. There was no doubt it was a pike, the biggest I have ever seen, and I find it impossible to imagine its weight. It was so big, I couldn’t believe my eyes, but no matter how I try to explain it away, I can’t convince myself that I didn’t see it. It was a monster fish.”

Over the past eight weeks I have had more time to convince my memory to share these stories with me, and it is slowly coming round to the idea. I have not fished nor could I, and although I observe the closed season for coarse fish, the lockdown has still somehow made me feel deprived. Unless I’m in Ireland, the routine of the passing year means I tend not to cast a fly for trout until after June, so all I had to nourish me was whatever my memory was willing to part with. So I found myself dreaming once again of fish, and the monsters were never far away.

Without meaning to, I have thought more about my fishing, and what it means to me. Without deciding upon it, I know where I will fish and when, because those are the spaces I am drawn to, the less likely locations, where nature is to the fore, and where mystery still has a role to play.

I find too much of this world is about needing proof, when sometimes it’s just nice to not know for sure. Statistics, weights and photographs are essential, or otherwise it’s simply fake news. The canal I fished in my youth was wild and forgotten. It hid its secrets well, only revealing them when I wasn’t really searching. It was as though it was waiting for me to rid my consciousness of purpose, to cast out the concept of sport, to pass through the veil of Man’s world and into somewhere else, where I could see things I normally couldn’t, and hear things that had been there all the time, but my ears could not pick up. For me, this is when the giant fish have appeared, and not because I am dreaming, but because reality sometimes needs to be suspended so that we can truly believe our eyes.

My father used to have visions of an old priest, and we would laugh at him. Then we found the priest hole, hidden in the oldest part of the house, and we knew there was a history and a presence there. We learned not to chase the presence, because it was independent of us, and every now and again, it would make us aware that it was here first… the footsteps on the floor upstairs, the piano playing at night, the comforting hand on my shoulder when there was nobody else in the room.

In some ways, my fishing has followed a similar course. When I have gone looking for things, they are not to be found. When I have fished sloppily, the doors are shut. When the world is too noisy I may well fair better by casting my float or my fly into a tree. But cast aside the worry and the stress, and forget why I’m there, and the gates between the two worlds can slowly ease apart, and the monsters of myth can be found in the strangest of places.

I remember the giant perch we found under the bridge on the River Deel. Dead and decomposing, it was well over 2lbs, but we had never seen one or caught one over three quarters of a pound despite having fished there for years. Yet there, on the bank it was.

Or the perch on the canal that was clearly over 4lbs but only appeared when I wasn’t fishing for it, and when all its relatives rarely passed one tenth of the size.

Or the giant rudd of the ditches in Sussex, that, despite me trying for four years, only revealed themselves to my friend who had never fished before and was ill-prepared for it. I remember clearly the golden flank of the plate-sized rudd, as it flopped on top of a lily pad, disgruntled at the sheer indignity of it all, before it slipped the hook and disappeared altogether.

And what was the fish that my friend fought in another ditch two years ago when we were all fishing for tiddlers? “I just lost the biggest perch I have ever hooked,” he said, already with a near four-pounder to his name after over sixty years’ fishing.  I could hardly believe him until I saw one myself, as big as a rugby ball, several weeks later, right under my feet, as I was on my way to somewhere else.

I have tried to discount these things, because I often thought myself mad to believe in them. To share the stories with friends would often risk ridicule, and to appear the fool in front of peers is the realm of the madman. But what if you cast this aside, and fish for your own reasons, in your own world?

When driving through a town in the midlands of Ireland, about three years ago, I stopped off in a tackle shop I had last used many years hence. I met there a man I had never met before, and though he was a decade younger than me, we came to the realisation that we had fished the same stretches of canal through our lives. Soon the stories flowed with the cups of tea and the English edge to my accent was thrown out by the Irish and the English friend I was with would no longer make head nor tail of what we were saying. I told him my story, and he directed me to two photographs of many on a wall in the shop. They were of a pair of tench, enormous fish, that he had caught a few years previously.

Huge Irish tench, the like I had rarely seen proof of.

“Where did you catch them?” I asked.

“The canal,” he said. “Not far from an ould hump-backed bridge. Sure, you know yerself, I couldn’t tell anybody exactly where for good reasons. And sure, nobody would believe me anyway.” 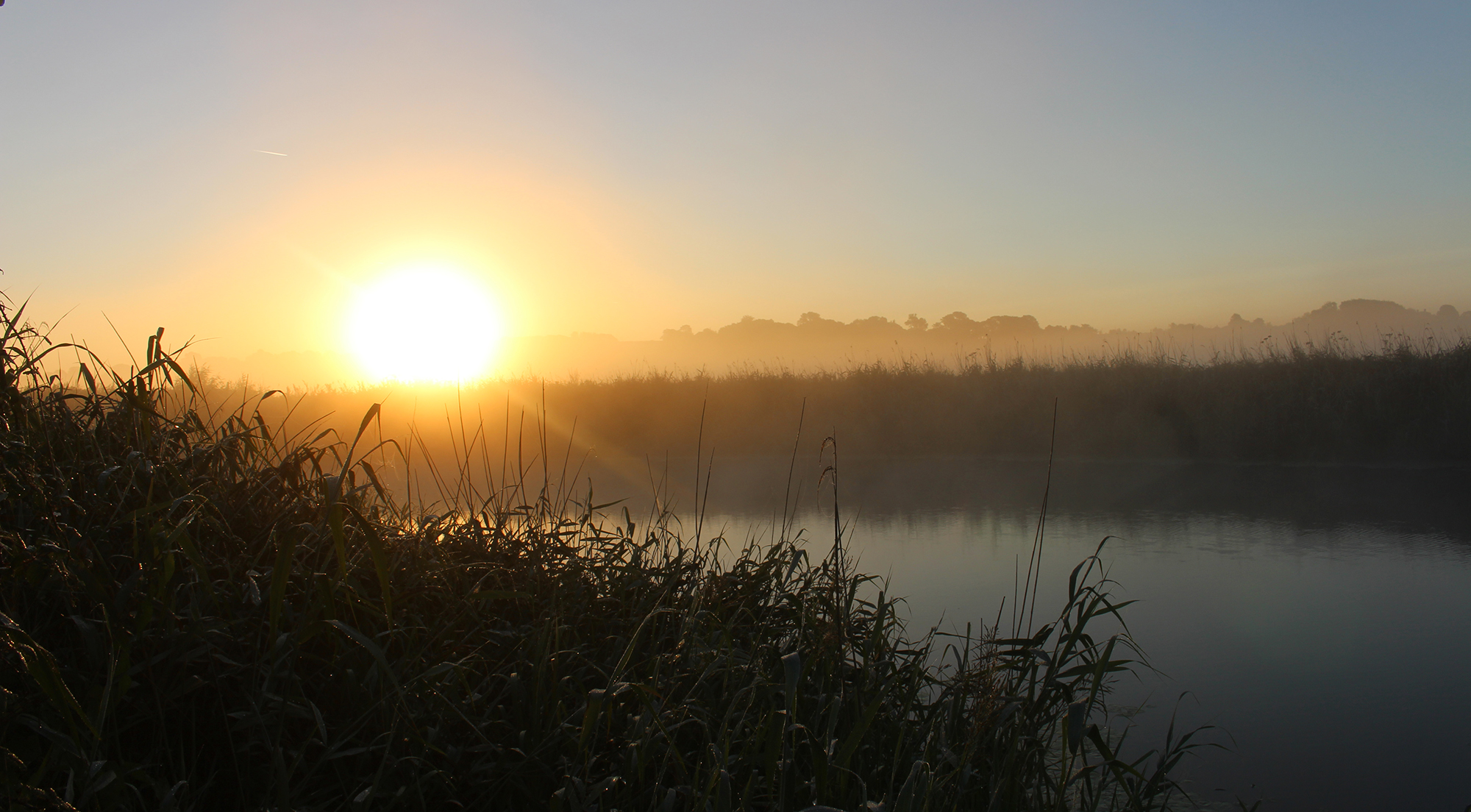