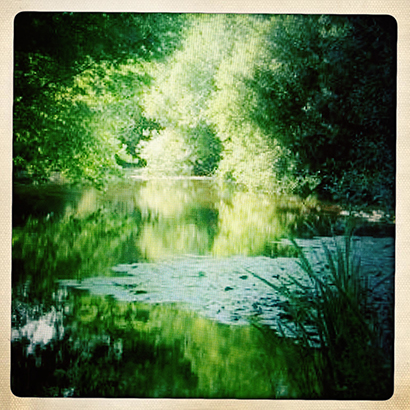 The very best pools are those with a touch of mystery about them. Pieces of water that are tucked deep within the folds of the landscape – with no passing traffic and no paths to bring dog walkers or walkers. Instead, they are shrouded by trees and bulge with enigmatic possibility – and no-one knows exactly what swims within.

On the edge of Dartmoor in Devon lies such a pool. It is only a few acres in size and is known by at least three different names, though to many anglers it is Beechmere.

It was BB who named the lake Beechmere, at a similar time to his naming of Redmire Pool, and he had a special affinity with the place. Though he regarded the water as one of the most important in the history of carp fishing, BB also wrote of a peculiar atmosphere of the place. Local lore suggests the lake has long been a popular location for those seeking solace in suicide, while BB himself felt the place was perhaps haunted by the ghost of an old priest.

While many anglers have felt an uneasy mood at Beechmere, far more have found themselves haunted by the magic of the place. The problem is finding it in the first place..