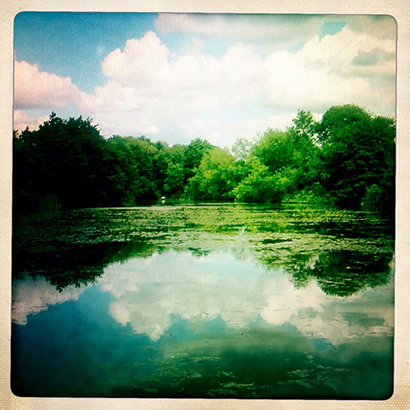 Deep in the folds of southwest Herefordshire, just a few miles from the Welsh border, sits the most famous pond of them all. The waters of Bernithan Court, or Redmire Pool as it is more widely known, swirl through the dreams of every carp angler. It was here that Donald Leney (see People we Like) delivered his most famous stock of carp. Unnoticed for many years, they grew and grew until, in 1951, Bob Richards landed a British record of 31lb 4oz. A year later, using a rod built for the purpose (see Things we Like), Dick Walker caught a fish of 44lb, a carp that is surely the most famous of all time. Named Ravioli by Walker, the fish was transferred to London Zoo where it was named Clarissa.

Walker’s fish remained a record for 28 years, until a straggly-haired ne’er-do-well called Yates caught a mirror of 51lb. This fish, known as The Bishop, was far from the biggest carp in Redmire. A monster nicknamed The King was only spotted a handful of times and managed to avoid capture in just 3 acres of water for its whole life. Unless, of course, it still lives….