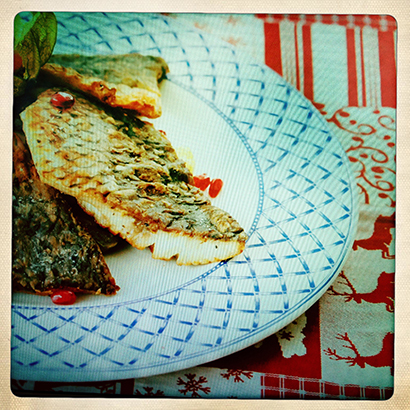 The New Year inevitably brings with it a tinge of regret when those extra pounds (or kilos) around the belly first show themselves on the scales. But gluttony is thankfully a mainstay of our festive season, and resolutions are quickly made (and broken).  It is popularly believed that it was Henry VIII’s fondness for turkey on Christmas Day that etched the Christmas feast into British tradition. We do dabble with nut roast, goose, duck, ham, beef, and, not so recently, peacock and swan, but the vast proportion of us will be tucking into turkey (with all the trimmings) on Christmas day.

This is a pattern familiar across the English speaking world, though not as common elsewhere.

In Italy, for example, fish is a prominent feature of the festive period, and on Christmas Eve many indulge in the Feast of the Seven Fishes. Meat is avoided, and instead, a variety of seafood and fish dishes – often locally sourced – are enjoyed.

Fish is widely eaten in Poland at Christmas, with carp and herring especially popular. The carp might be served portioned and deep fried or kept whole and cooked slowly before being served in its own jelly. In order to serve the carp as fresh as possible the fish are often purchased some time in advance and then kept alive in the bath until cooking time. Hopefully there is time the whole family to bathe between the removal of the carp from the tub and the moment it is served up for dinner – otherwise there would be quite a funk around the table…