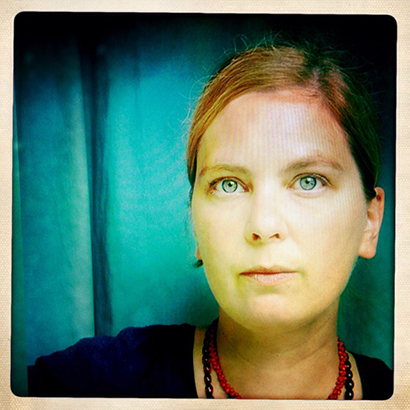 Writer, musician, literary scholar and ‘conceptioner’, Ebba Durstewitz spends her life mixing art, music and science. She holds a PhD in Portuguese Studies and works as a freelance teacher at the Department of Romance Languages and Literatures at Hamburg University. Ebba is also a freelance writer, contributing to a variety of German magazines and newspapers.

Together with husband Jakobus Durstewitz, Ebba forms the German pop group JaKonigJa who are currently preparing the release of their sixth studio album.

Jakobus is also a fisherman, and Ebba, by default, a fishing widow, meaning she has to share her house and marriage with a mountain of fishing gear, The Compleat Angler and Chris Yates. She also has to cope with the fact that her husband is a self-confessed TART ( Ed: meaning somebody who enjoys fishing with Traditional & Retro Tackle), who pines for the chalkstream water of the Hampshire Avon. Her woes are explored further in a wonderful piece in issue 3 of Fallon’s angler.