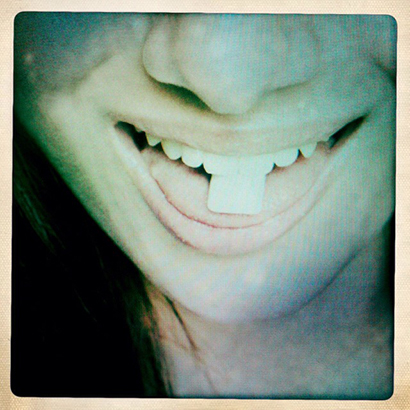 There are few techniques as exciting as sight fishing. Whether you are dapping grasshoppers, casting a dry fly, or fishing slow-sinking breadflake for mullet, the anticipation sends a tingle up your nose.

Chub can often be targeted with such methods, but their natural wariness can make it tricky to detect bites. They will often pick up a bait very gently in their lips, and discard it with a sense of disinterest. A strike at such a moment will likely spook the fish, whereas the chub’s curiosity (and in the face of competition) will see it come back again and again to the same piece of food. The bite, when it finally comes, might get missed, but one trick that can often work comes with the flavour of peppermint.

A small piece of white chewing gum, squeezed onto the line a short distance above the bait, makes for a perfect sight indicator. It will be far easier to pick out against a gravel bottom and from between the bodies of competing fish than the darker coloured bait. A leading component of the method was the late, great Terry Lampard who used it to great effect on the Hampshire Avon and Dorset Stour.

That is certainly something to chew on…..