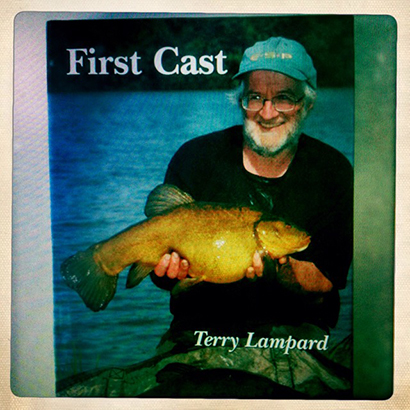 There are few anglers who have ever cast that can match the ability of Terry Lampard. Having cut his teeth catching small brown trout from the Itchen and its carriers around his Winchester home, Lampard was taken fishing by a local carp angler and an obsession grew.

Having moved to Dorset, Lampard began to explore the flowing and still waters of the Avon and Stour valleys, and was soon catching enormous fish. He struck up a friendship with fellow angler Tim Norman and the two became regular fishing partners. Lampard was very humble of his success, and felt Norman deserved to share the credit for many of his successes. And what successes!

Lampard won the Drennan Cup on seven occasions, and racked up a list of personal bests that would be the envy of any angler. He was also innovative, utilising some interesting techniques to outwit his target fish.

Lampard wrote many articles and also penned the acclaimed First Cast, while his ability to catch huge fish was never better demonstrated than on Catching the Impossible, where, with Hugh Miles behind the camera, he caught a chub over 7lb and then a roach of 3lb 5oz.

Terry Lampard died in 2013 and his ashes were scattered in one of his favourite lakes.