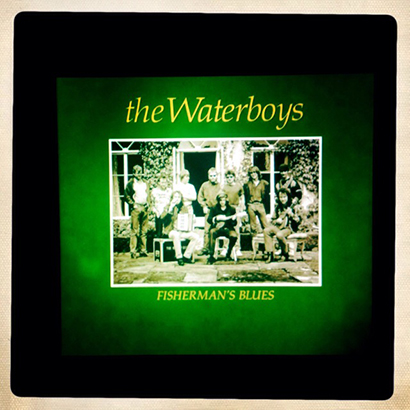 Aaahh – 1988….The first Red Nose Day, GCSE’s replacing O-Levels, Kylie wished she was so lucky, and Cliff crooned about Mistletoe and Wine.

And of course, The Waterboys brought us Fisherman’s Blues.

Recorded in Dublin this was the album that broke from the band’s previous rock and roll sound, instead incorporating a Celtic Folk edge. Mike Scott and band newcomer Steve Wickham collaborated to write the title song, with Wickham’s fiddle becoming almost as key as Scott’s voice.

Some believe the song is about drug addiction, others point to a dispute between Scott and a Record Company. Fishpool thinks that people think too much. It is about escape – but from the drudge of day to day life. The fisherman tumblin’ on the sea is in the moment. He is thinking of nothing other than fish and the waves on which he is bouncing. It is escapism – and it is precisely why we all go fishing…