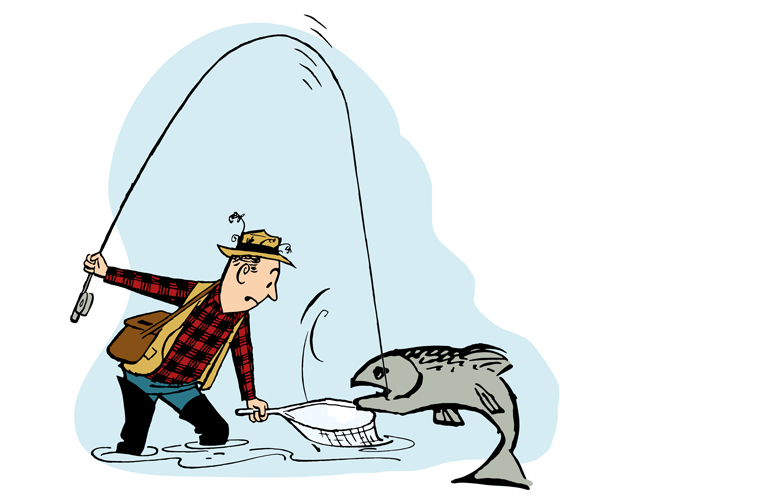 So the carp record has been broken again, with the same great fish that flopped into the headlines last month. At time of writing (and there is every likelihood that it will have been caught again by the time that this is read) ‘Big-Rig’ had reached 71lb and some ounces. I think…

If Fishpool were more professional (in truth he can’t be bothered to even find a link to the story) then he would look up the details, but he, rather like many anglers, is slightly indifferent to the news. Once upon a time the British record list was inscribed on the mind of every young angler, as were the details of every capture. Ray Clarke’s 4lb 3oz roach from the Dorset Stour. 14lb 6oz Royalty barbel to Wallis and Tryon. And, of course, Chris Yates 51lb 8oz Redmire carp.

Perhaps we care less because records seem to be broken more often today, although the current barbel and roach records have stood for a decade.

Perhaps it is the sheer size of fish being caught – after all, Yates’ carp and those Royalty barbel wouldn’t fill up many column inches were they caught today.

Or perhaps we are just a bunch of cynical sods who like to grumble about just about everything. And in Fishpool’s case, that is very likely the truth.

Somewhere over the Rainbow

Which leads us onto October’s other ‘Record’ fish – which, though also greeted with plenty of derision, at least had a touch of romance about it.

The derision came both from the manner of capture (which for Fishpool is the ‘romantic’ part) and the fact that it was ‘only’ a rainbow trout (a non-native fish). Both points have some validity, but what’s not to like about an occasional angler, fishing on a Highland loch with a bunch of maggots under a bubble float catching the biggest rainbow trout ever?

Admittedly the fish looked as though it had been fed up on deep fried mars bars, but for Micky Mitchell, a self confessed angling amateur who likens himself to Eddie ‘The Eagle’ Edwards, it’s a story that he will dine out on for years. Unless he chooses to stay in and eat trout for a similar period – all rainbow trout are required to be removed from Loch Earn (the venue in question) so this fish is currently residing in a very large freezer…

Any mention of a dead record rainbow trout cannot pass without giving a quick nod to Clive White and the record trout that wasn’t. Caught back in 1995, no-one disputed the weight of 36lb 14oz, particularly as the venue, Dever Springs, had been breeding trout to gargantuan size for some time. The actual problem didn’t surface for a further 8 years when a remorseful White admitted that he had actually found the fish after it had already shuffled off its mortal coil and run down the curtain.

The deceit apparently cost White his marriage, as well as a place in the record books, a lesson to us all perhaps, that telling porkies doesn’t pay. Or rather, it does pay – but only for 8 years until the guilt consumes you. Which, given the current state of national and international affairs is probably worth a punt.

Did Fishpool every mention the 5lb roach he caught on the Manchester Ship Canal? No? Excellent…..now where did I put my bicycle pump…?

Fishpool has had a read, and wouldn’t hugely recommend it. It is full of one of this year’s buzzwords, ‘rhetoric’, and further padded by plenty of waffle. But a link is below should you wish to have a read (and perhaps draw a less cynical conclusion).

Of course, the noises are positive – lots of talk of working together and putting people at the heart of the environment – but Fishpool searched hard for some actual plans and ideas and found, well, nothing. Instead there is a distinct air of deregulation about the whole thing, with reference to conservation issues hindering development (such as the presence of great crested newts) that perhaps should become part of the bigger picture, a ‘macro plan’.

Perhaps Fishpool needs to lighten up, after all, the DEFRA budget cuts are only planned until 2020 and by then most of us will be living on Mars as part of some Reality TV Show Experiment….

It is always good to finish anything on a positive note, so before Fishpool shares the positive news coming from the Canal and River Trust, he will just take a moment to focus on the (potentially) negative and (slightly) political news.

Nearly a third of this project was funded by the EU LIFE programme – a fact that, whichever way any of us voted back in June, is rather sobering.

But, with nigh on £20m to spend (thanks largely to the Heritage Lottery Fund) the Canal and River Trust (alongside the Severn Rivers Trust, the EA and NE) are overseeing plans to install 7 new fish passes on the River Severn in order to aid the migration of fish such as shad, salmon and eels.

Also on the cards is a fish viewing gallery in Worcester, and the first UK Shag Fest – which sounds right up Fishpool’s street. Oh, hang on……SHAD Fest. Sorry. Still, as long as there’s a beer tent….