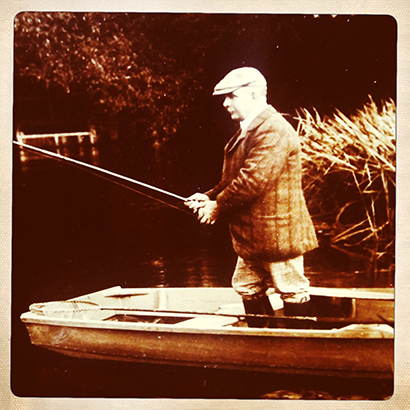 Many angling names are familiar to us through literature – particularly those from previous generations. Wallis, however, was not a writer, though his legacy lives on through his record breaking captures and his extraordinary ability with a centre-pin reel.

Wallis was a renowned river angler, cutting his teeth on the Trent before bewitching the barbel of the Hampshire Avon. In 1937 he equalled the barbel record from the Royalty Stretch with a fish weighing 14lb 6oz, and this was no fluke – his success on the Royalty was unrivalled.

Though reels and rods were made and named in his honour, it is his casting technique for which his name is most associated – and to many it is a dark art…..(see Back of the Shed)