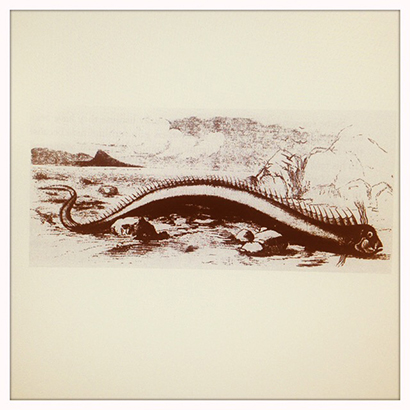 Every year breaks a fresh tale of sea monsters with a familiar culprit at the centre. The giant oarfish (Regalecus glesne) is a species of deepwater that is rarely encountered in its natural environment. Occasionally, specimens are found inshore, either dead or seemingly moribund, and their peculiar shape and great size always cause interest.

Growing to over 36 feet (11 metres) in length, the giant oarfish is the longest bony fish that swims, but its ribbonlike form carries little bulk and the heaviest encountered weighed ‘only’ 600 pounds.

Anglers are unlikely to encounter the giant oar, though rumoured captures are recorded. Their fondness for water 3000 feet deep and a diet consisting largely of krill would put them beyond the range of a Littlehampton charter. But we can at least put a theory behind many a sea serpent sighting.