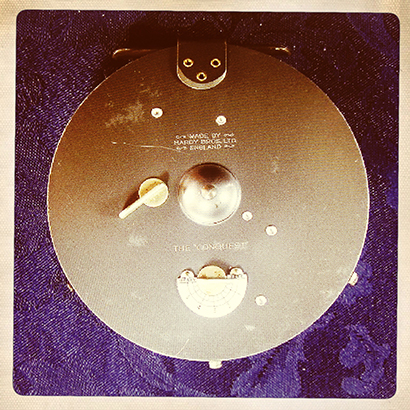 More than 140 years have passed since the Hardy Brothers set up shop in Alnwick, a picturesque market town in eastern Northumberland. Initially gunsmiths, the Hardys made the sensible expansion into fishing and by the early 20th Century were developing a fine reputation for fly and coarse tackle production.

The Conquest was designed with long trotting in mind. A true centre-pin, the reel is lightweight, with a narrow drum that is begging to be turned by the pull of a stick float in a steady current.

Hardy recently revived the Conquest, giving it a 21st Century makeover that even included plastic components. The new model does look good, but we’ll settle for the silk of the original.