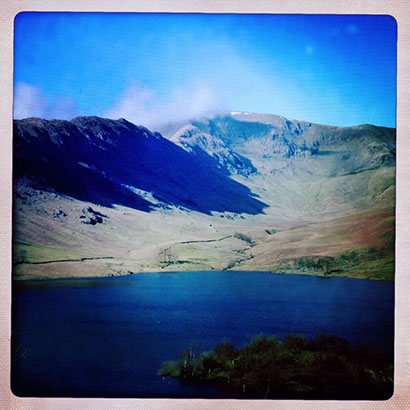 In the wilds of Cumbria, on the Eastern edge of the English Lake District, sits Haweswater. Originally a natural lake, damming construction began at Haweswater in 1929 after the Government passed an Act allowing the work to take place in order that a water supply for Manchester be established. Despite significant opposition, work was completed in 1935, and the valley was flooded – increasing the depth of Haweswater by nearly 100 feet. The resulting reservoir still supplies the North-west of England with 25% of its water, and though the hamlets of Mardale Green and Measand were swallowed up by the rising water level, one might be forgiven for thinking that dam aside, this is an entirely natural landscape.

The famous Lakeland writer Alfred Wainwright suggested that, ‘Mardale is still a noble valley. But man works with such clumsy hands!’ While Haweswater may have lost some of its subtle intimacy, it had retained its beauty.

The wildlife certainly thrives. Haweswater holds a population of schelly and for many years the crags have supported England’s last remaining golden eagles. We were even given a glimpse of Haweswater in the 1987 classic Withnail and I.