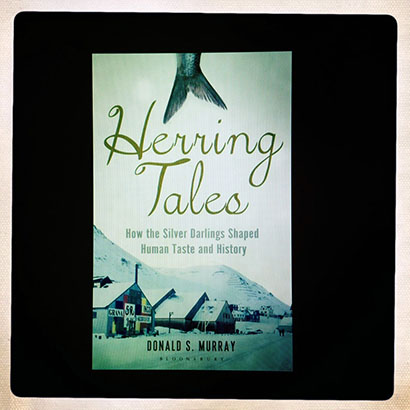 Fishpool stumbled across a rather interesting book recently. Having himself been born near a Herring fishing port, the author and journalist Donald S Murray has penned Herring Tales – How the Silver Darlings Shaped Human Taste and History, in which he explores the impact that the herring has made upon industry and sociology through the history of mankind.

Being one of the most prolific fish in the North Atlantic – particularly inshore – the herring has long been fished for, and such has been its importance that towns have been founded throughout Northern Europe solely for herring fishing.

So it is that Katwijk in The Netherlands and Bergen in Norway have a deeper connection with one another than they do with neighbouring, inland towns. These are places where people’s fortunes have mirrored precisely the fortunes of a humble white fish.

It is a fascinating read – written with wit and a deep rooted understanding of the subject. Murray explores how the herring has influenced the culture, art and music through much of northern Europe, and in his journey, he also learns more about his own self.