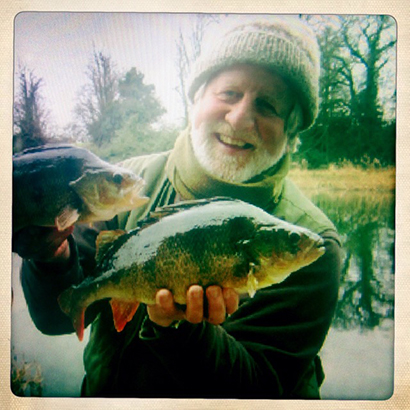 Regarded by his peers as one of the finest wildlife filmmakers ever, Hugh Miles has had an extraordinary career that has taken him from filming condors in the Andes to polar bears in the arctic and snow leopards in the Himalayas. He has come within inches of tigers and jaguars in the search for the perfect shot, though perhaps his most incredible encounter was in South America.

Hugh spent 6 months filming a puma (he named Penny) and in that time built a relationship of trust with her. One morning he woke to find her sniffing his face, and he developed a sixth sense where he knew exactly where she would be and what she would be doing.

Of course, us fisherfolk know Hugh best for arguably the greatest series of angling films ever made. A Passion for Angling captured the spirit of fishing in a way that will likely never be matched. Chris and Bob caught the fish (though off camera Hugh had more than his fair share) but the star of the show was Hugh’s ability with a camera. His follow up Catching the Impossible did as it promised – with some ridiculous fish caught on celluloid, and though he still makes the odd film, Hugh is happiest today casting for roach in the Stour or Avon.