Here is a list of all articles featured in issue five, in the order in which they appear, with the first paragraph of each feature to give you an idea of its content.
Fallon’s Angler is only available in print, so if you want to read the whole article, please purchase a copy. 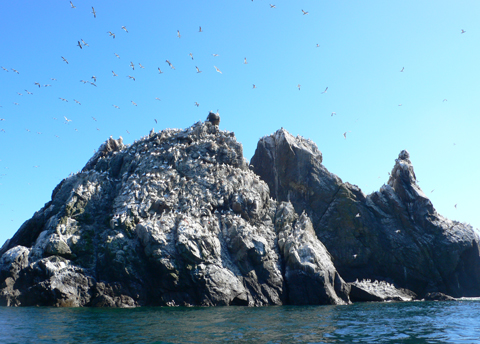 A drinking island with a fishing problem

It was a few years ago now, on a bucket-and-spade holiday with the kids. One still evening as the light washed out of the day I got away for an hour and walked with my fly rod along the cliff top above Fort Corblets strand. I was looking for a bass, though perhaps without any real expectation of finding one. I was happy just to sit on the cliff top and look out to sea. It lay flat as a millpond. But some movement out in the bay caught my eye—a riffle across the surface, just enough to trigger a thought, a possibility. 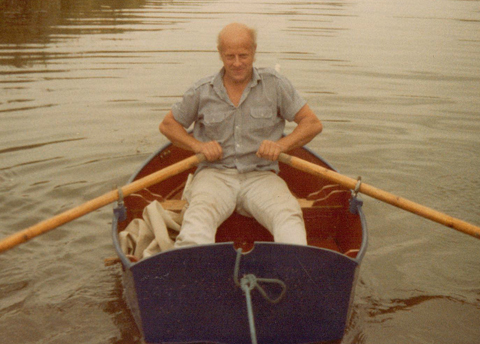 My father was not really an angler, not in the truest sense like my brother John was. Dad loved the essence of the river, its tranquil, gentle, calming spirit within which you could escape the stresses and strains of life, and regain—or in my case learn—the wonder of nature. As such, whilst it was John who was really responsible for teaching me how to fish, it was Dad who taught me how to fish—a lesson in escapism which began in earnest during my seventh summer. 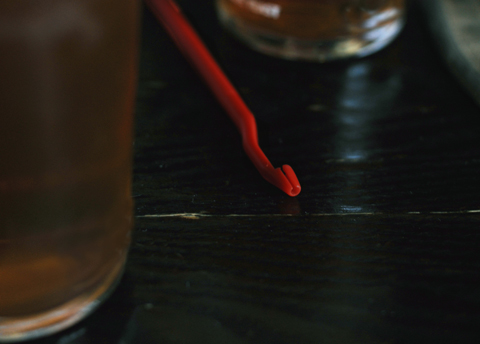 Peg one: I visited a friend in Oxford last winter, and on the way home decided to make a detour to try and find a lake I’d heard about. The directions I had were a bit sketchy and before long I was hopelessly lost. To compound matters, the weather closed in and it started to snow. I kept driving—sliding around the narrow lanes until I saw the lights of a pub. 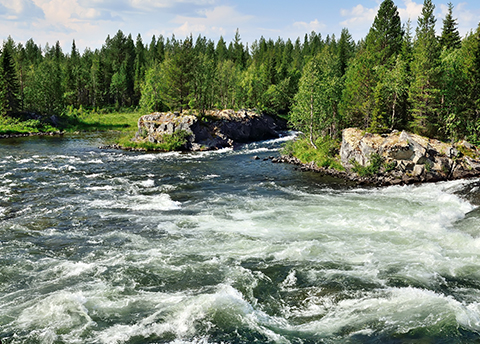 Salmon at the top of the world

Gary Crossley gets distracted in Russia

I blame it on The Rod Box. In youth, my Saturdays often involved a visit, where, for a pound or two, I could buy a spool of nylon, get a free coffee and learn the art of talking about fly fishing. One day on the wall of the shop there appeared a cast of an enormous salmon. I must have gasped. “Kola Peninsula,” announced the owner. I had nodded knowingly in that pantomime way that invariably fails to hide ignorance. “Russia,” expanded the owner noting my inadequacy. My piscatorial horizon had just been broadened and from that point on the fish and its geography had haunted. 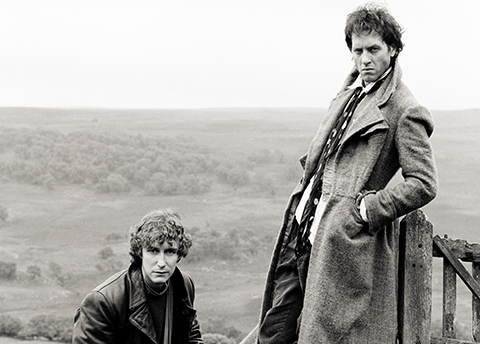 Fishing in the footsteps of Withnail

Johnny Depp once described Withnail and I as the perfect film. I think I have to agree with him. I don’t have a favourite anything but when it comes to films I have to make an exception. It’s a film that I never tire of, it never stops giving, each scene a piece of compositional perfection, every line a work of quotable, dialogical genius. It’s a tale of friendship, of betrayal, of rejection and eccentricities, hilarious, depressing yet incredibly moving and, strangely enough, it has an angling-related appeal, to this fisherman at least. 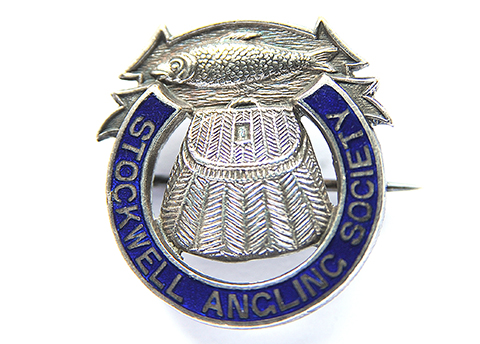 Come with me to a London lost by way of St Pancras and Brompton Cross, Walthamstow and Stockwell, Hampstead and West Hampstead, Bethnal Green and Hoxton, Tottenham, Dagenham, Ongar, Poplar, to Harrow and Hayes and Harlington, down Fleet Street and along the water to India and Millwall Dock, into public houses on the first Tuesday or last Friday of the month, into canteens, boardrooms, club houses, members clubs… 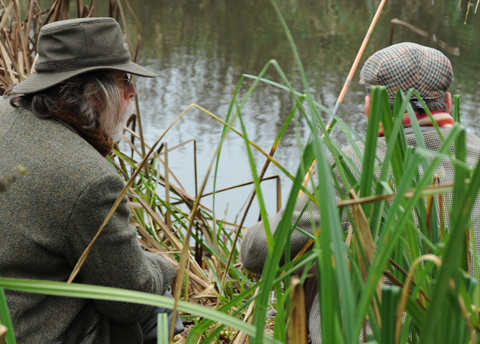 An angler for all seasons,Steve Roberts fishes through the colder months

Drifting out of the pool in darkness, the flow carried the punt past the islands at the tail of the weir. The only sound was from the oars as they dipped lightly in the black water, and I sat in the curious silence, so nearly still, pleased with the afternoon’s research. 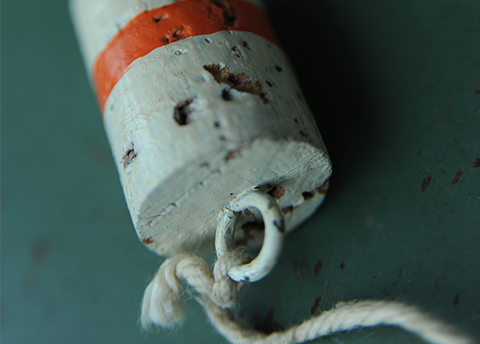 Not lost but gone before

Defeated by an eel, Dexter Petley learned a valuable lesson

Fifty years ago, I lost an eel on the river Rother at Newenden. It was January 1966. We were four 12-year-old boys sliding on steep banks of winter mud; bus ride boys from two villages away, down-route on the number 5 to Hastings. We had pike rods and ledger rods, a winter thing, to test and flay and de-bream at happy intervals. For this was the Rother after its lobotomy, a sharp dredging which had turned the most charming of modest Wealden rivers from a meandering country chub stream of the biscuit tin painting into a surgically steep-sided, bald, angular canal. To boys of our ilk, little Arseley bombers from the welfare belt, it mattered little. We’d hardly known its rustic original. The fishes in its now sluggish water were all that counted. 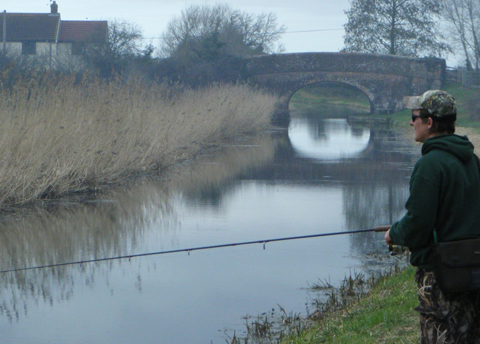 It’s still dark as I cut through a still sleeping Bridgwater and head for the back roads. I’m only half awake as I tread carefully up the drive to the house when it happens. The bastard jumps out, comes flying at me and I turn white, jump out of my skin. 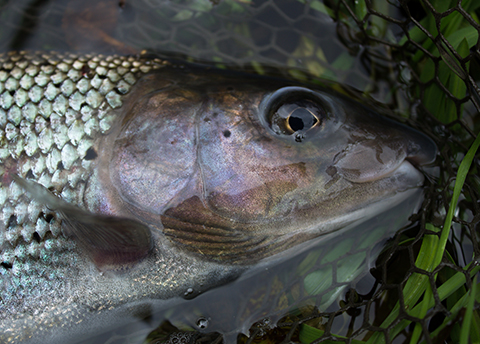 Vincent Coulson sets reason aside in a quest for grayling

In the loft I sat, my eyes glazed, sorting through things no longer needed but too precious to throw away, a boring and tiresome task. That was until I made a discovery, a rediscovery infact, but I didn’t realise this at the time. It came in the form of a small children’s book, now faded and covered in dust, a present from my dad when I was five years old. Much more appealing than the task at hand, I thumbed through the well-worn pages, as I did years before. Nostalgia warmed me for a time but there was something else. A niggle from within. I pined for it yet at the same time could not work out what “it” was. This little book so intrigued me, now, still. 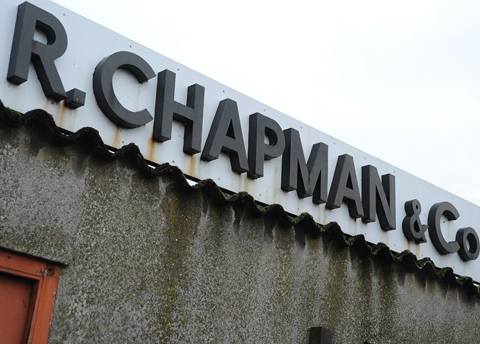 The story behind R Chapman & Co of Ware, by Nick Fallowfield-Cooper

On a grey Monday morning in December I took the train from London to Ware to meet brothers John and Brian Chapman. While journeying up through familiar places along the Lea Valley—Enfield Lock, Broxbourne and Rye House—I had mixed feelings about my day ahead, a sadness that potentially this was to be the last few trading months of R Chapman & Co, but I was excited to witness and photograph the place where thousands of iconic cane rods have been built over the last 68 years. 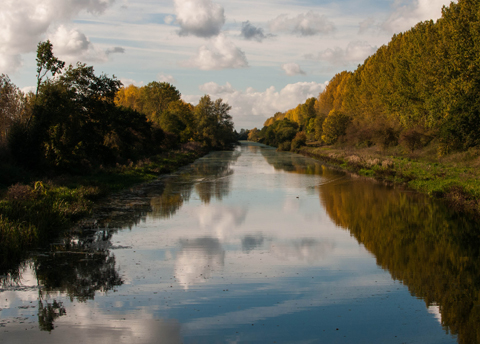 Where the fish have no name

Danny Adcock is seduced by the virgin waters of the Fens

If you are the type of angler who dreams of long-lost estate lakes that steam in the dawn; where tench bubbles prick the surface beside the lilies, and you wait with baited breath for a dark shape from even darker water to drift into view like a black hole against the blackness of space, drawing you inexorably in, then you have never fished in the Fens. 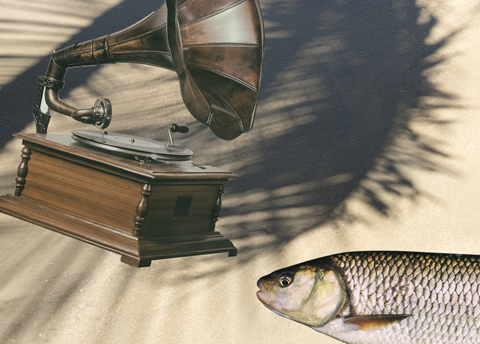 I listened to Dick Walker on Desert Island Discs the other day. It’s amazing what you can find if you explore the darker recesses of the BBC website. Irritatingly, it was a missed opportunity as the ever pompous Roy Plomley was not a penetrating interviewer: 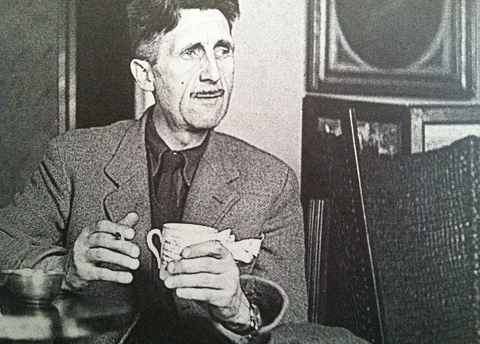 The last man in Europe

There is a good deal to admire about George Orwell, but possibly my favourite biographical detail is that when he entered hospital for the final time at the age of 46, he had his rods and his tackle bag with him. Aggressively anti-hypochondriac to the end, Orwell was convinced he was going to make a rapid recovery and that as soon as he had he would be going fishing. It didn’t happen. To nobody’s surprise (except perhaps his own) he died in the night, but it is one of the small details that helped broaden my enjoyment of his writing into a liking for him personally. 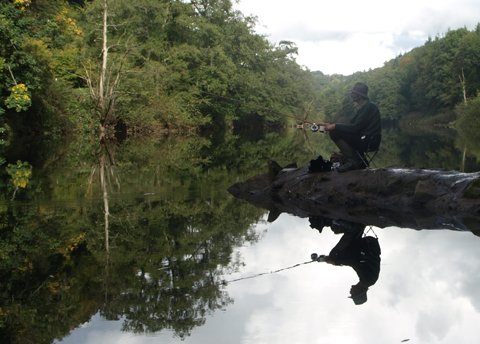 For the love of barbel, by Chris Yates

Until Martin Bowler invited Hugh Miles and me to a barbel fishing trip on the Wye in the autumn of 2014, I hadn’t cast for that species for several years. Since the turn of the century, in fact, barbel had begun to fade from my angling calendar, first from the summer months, then from autumn and winter, to be replaced, eventually, by species I had never previously obsessed about—crucian carp, now my perfect summer fish; and perch, now associated with every month of autumn and winter. 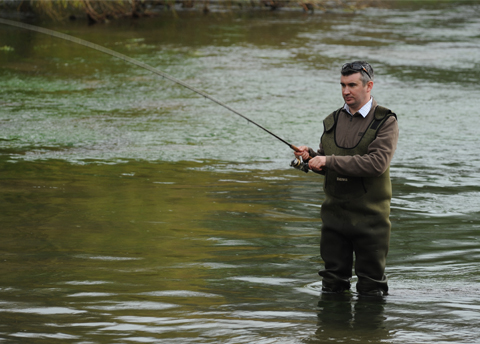 Keeping it in the family

A Romsey family’s bond with the river Test, by Garrett Fallon

Sometime in the late 1950s a young man, whom we shall call George, was fishing the river Test as it glides through the Memorial Park in Romsey. He was with a gaggle of his peers, desperately trying to catch themselves a salmon—by fair means or foul—but which were proving uncooperative, not in itself unusual with regards to salmon, of course. As is often the case when looking back with rose-tinted glasses, the run of salmon on the river Test was prodigious, and with the Broadlands Estate merely a few hundred yards downstream, this stretch provided the boys of the town with the opportunity to earn a bob or two, by selling any unlucky fish to the local butchers. 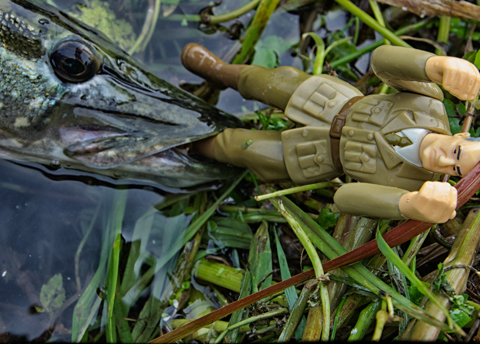 The General’s guide to pike fishing

It has come to my attention that Fallon’s Angler readers are hopeless at catching big pike. I fear that the whimsical nature of this publication has led to a serious lack of ambition and tactical nous. This simply will not do. So, without further ado it is time for some military instruction on the matter. Brace yourselves.