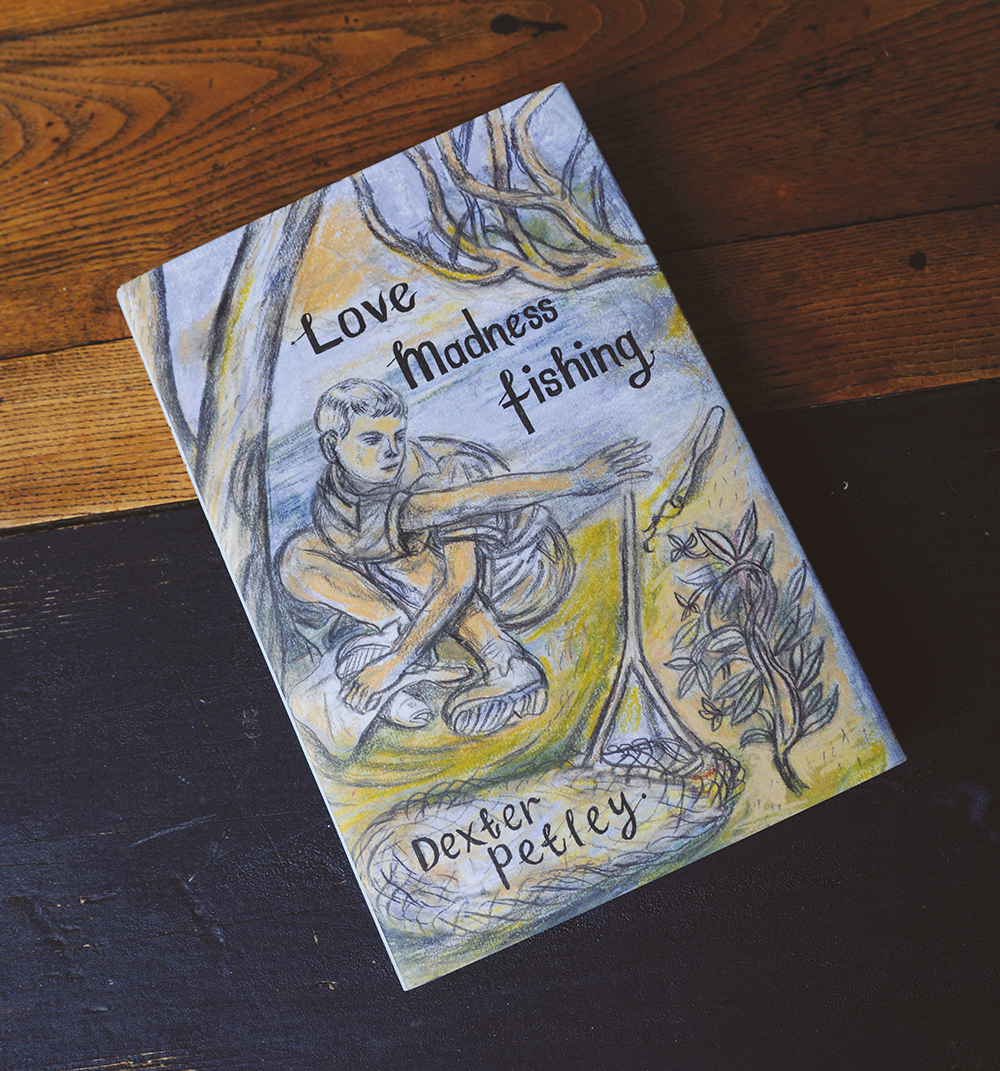 “To be an angler is to accept the rigours of the dreamer in dystopia. The end is disillusion, the beginning is worth it.”

Dexter Petley was born in Hawkhurst in the Weald of Kent in the bleak, post-war Britain of 1955, where his council estate home and a fractured demobbed generation provide a gritty backdrop to a nevertheless carefree upbringing, where the boundaries of childhood are fully explored, and where the historical importance of his journey becomes relevant as society leaves behind community for progress. We follow him for 30 years, resurfacing in the grime of Hackney, via Uganda suffering under the shadow of Idi Amin, where an understanding of self finally seems to be gained.

Petley’s upbringing was frugal without ever being misty-eyed. The trials of life are echoed in the changes around him, his teenage years coinciding with the village’s transformation from council refuge to satellite town for Tunbridge Wells. Its gentrification marks a mourning for the passing of a way of life, without needing to dry any tears away.

All is seen through the eyes of a growing boy with a fishing rod and the time and freedom to explore. A sense of nomadism develops, and a questioning of convention that we know of Petley the adult. There is no angling sophistication with the young boys of Hawkhurst, and Mr Crabtree is demystified as being far from the truth, an unobtainable lie. Petley, ever honest, does not hold back, nor does he for his father, Mac, who, despite buying him his first rod, remains a distant figure. Petley’s interest in fishing is cemented instead by his neighbour Doug Cavey, a man with a trout farm in his back garden, a reluctant mentor who nevertheless inspires a boy.

Intertwined with an unsentimental journey past the waters of the Weald, Petley’s characters are believable and without fluff: Liam Dillon, the Irish trickster; the Hawkhurst Specimen Group of Mark, Alan and Royston (the early carp scene of the 1970s, and meeting Del Romang). With the exception of Petley’s muse, Sarah, these anglers remain the most vividly painted, lighting a journey that is often played out in the shadows. Each place and character is a metaphor for change, where further distance stretches between man and boy, where innocence slowly seeps from the scene.

Petley exists on the fringes; questions his place in the world, falls in love. Sarah’s influence absorbs him into a depressive world of poetic self-chastisement where it is de rigueur to be misunderstood. But you get a sense that it is here where the writer is really formed.

While Sarah opens Petley’s eyes to literature, it is his pursuance of her that leads him to be admitted to an institution, almost to prove a point. Here we get a true representation of Petley’s refusal to compromise, of his determination to go his own way, a compelling battle of principles.

In fishing terms, this book is honest almost to a fault, but the fishing is neither primary or secondary. It exists on the surface and beneath it. Runs through everything and soaks it. It is something he has always done, and when he doesn’t do it, he is not the same. It is never far away, is drawn closer in time. There is a palpable truce where fishing and life are balanced.

What Petley has created will not only stand as a valuable historical memoir, but also as one of the most important fishing books of the modern era.