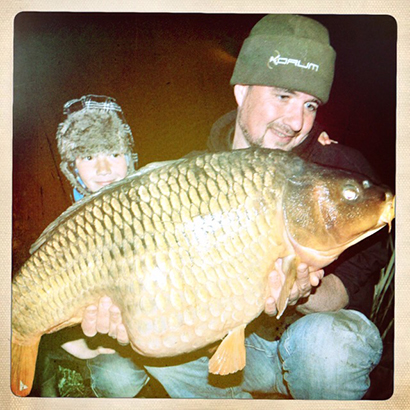 Alongside a life as a marine biologist and conservation officer for the National Trust, Mark Walsingham has caught some truly monstrous fish. His is a name well known in carp circles, and he is a regular contributor to Carpworld magazine, but Mark casts for all sorts of species. He has caught some very big river pike, battled barbel and sought sea-trout on the fly, and does so with a love of antique tackle and a true sense of being.

Mark runs the famous Ashmead fishery (see Places we Like) alongside his wife Shona, and has penned the acclaimed A Fool and his Eel, published through Freebird (www.freebirdpublishing.co.uk). All these achievements have been made despite a dangerous affiliation with the Golden Scale Club – a shady bunch of ne’er-do-wells who have led him astray for thirty years.