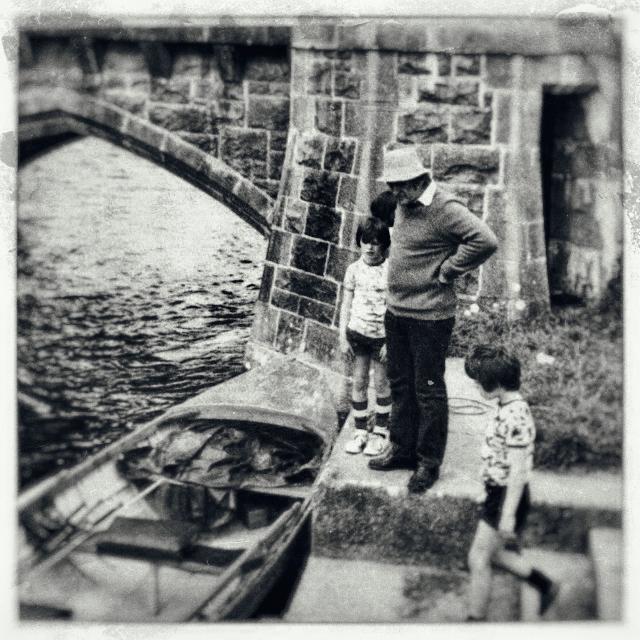 In memory of Niall Fallon, who passed away on 26th January 1996. Originally penned by Garrett Fallon in 1992.

As a child I had little appetite for work, seeing it as something horrid that served you right for growing old. I also had a distinct lack of interest in grownups, as they talked incessantly of things I knew nothing about, and quite frankly it strained my neck to have to look at them. In disgust at this older race I immersed myself in my own world of exploration and adventure, leaving them far behind in their world of Sunday drinks parties and polysyllabic conversation.

Living in the countryside is, of course, the ideal excuse for not doing any work, if only because there are far too many distractions for a child with a case of the ‘Robinson Crusoes’. There are forests and fields, hillocks and copses, fairy forts and castle ruins, old derelict manors and rusty bridges, and then there is water. My house is surrounded by water: rivers, streams, canals and lakes; there is water everywhere, and as adults would make mountains out of molehills, my friends and I would view a stream as if it was the Amazon itself.

Fishing swiftly followed as the favourite pastime for our merry four. I was lucky enough to have a father who fished at every given opportunity and who, without ever forcing it upon me, was happy to pass snippets enough to keep the fire in my belly alight with enthusiasm. Thus we embarked on countless expeditions with our jam jars in tow, the first haunt being the local stream where we would carefully wade barefoot and trap minnows and sticklebacks. Then suddenly there was a stone loach, fully four inches long, and then an eel so big it easily curled around the base of the jar.

Fuelled by this mighty triumph we pestered my father for trade secrets. He duly responded by informing us of the hungry perch, great big stripy predators with sharp spines. Then he presented us with a sturdy rod, all of six feet long, and a robust fishing reel with line, hooks and weights. He wanted his child to be prepared, as such a glorious fish deserved the honour of being caught by a real fisherman, and so we went from catchers of minnows to hunters of the fearsome perch. He assured us that worm was the best bait and to look for them on a manure heap. Now put four young boys on a manure heap with the promise that the fruit of their labours shall be fish on the bank, then you get the picture. We surely stank. One hour later, accompanied by my father, we were beside the river, nervous, apprehensive, tingling with anticipation, the stuff of dreams. 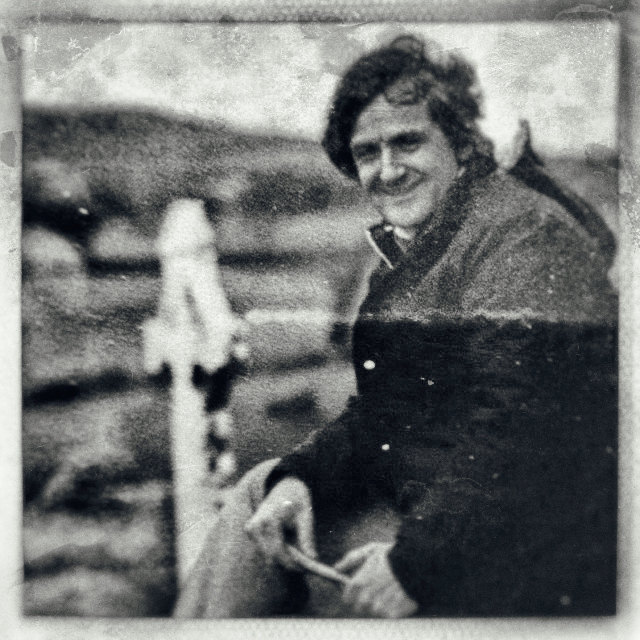 Threading the line through the rings of the rod was easy. Tying a hook to the end took some doing but with his help we mastered it. Being real fisherman now we weren’t at all squeamish when attaching the worm. Then he cast under the stone bridge, let the bait sink to the bottom, reeled in the loose line and—holding the line in his left hand—felt for bites. Nobody talked, nobody moved, we scolded one another for heavy breathing, we watched my father. Suddenly he seemed to tighten up, we all gasped. He looked as if every sinew in his body was on alert. His breathing fell almost silent. Then he whispered “I’ve got a bite”. The next second he lifted the rod sharply in one swift movement. The tip bent over in strain. He was in! We watched the rod as it first went one way then the other. He reeled in frantically until we could see the fish, splashing on the surface, fighting for all its life. He lifted the rod and the mighty creature slipped from the water. He showed us how to carefully unhook it in double-quick time, then he held out his hand to reveal the yellow-green quarry. We all touched it and felt the abrasive scales. We pricked our fingers on the sharp spines of its glorious scarlet dorsal fin and were in awe of the black hunter’s stripes on its flank. It had the most enormous, out-of-scale mouth I had ever seen that made it look as if it would devour itself. It was beautiful and big, about six whole ounces.

We all took turns at catching perch and by teatime were exhausted. We returned to our homes and told our families of our amazing day. We had conquered a truly worthy quarry and were forever hooked. We did of course achieve many legendary catches in the ensuing months and following summers, enhancing our skills and our knowledge, but nothing seems to compare with that evening on the river.

I return there often to peer into its gin-clear depths. It still teems with life as out of its soul familiar shapes shimmer and waver in the gently strolling current, and dappling rays of light catch the gravelled bottom. Now it is trout that are fished for there, and my angling interests take me further afield in search of big tench and mammoth pike, yet I can never forget this place and that very first perch with my Dad.