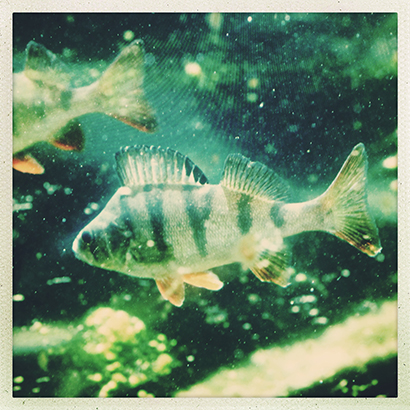 There comes a time each year, when the air thins and leaves flutter from the branches without any breeze to prompt them, that we anglers begin to see stripes. If the salmon is a fish of spring and the tench of early summer, then now, at autumn’s end, is the time for perch.

The perch (Perca fluviatilis) may not grow particularly large, but what he lacks in size he makes up for in pomp and ceremony. These are big-mouthed, sight hunters – spiny finned and full of bristle. The dark stripes along the flanks are laid upon a deep green that turns to butter beneath the belly.

After disease ravaged the British population in the 1960’s and 70’s, the perch has enjoyed a significant recovery over the last 25 years or so, and there is good fishing to be found from an array of waters. River fish, particularly those from clear water streams, are often the most stunning specimens, with blood-red fins and sharply defined stripes. Some stillwater fish are equally impressive, however, and many anglers are discovering previously overlooked opportunities in local commercial fisheries.

Perch fight hard on balanced tackle, and can be targeted on a variety of methods and baits. They are prone to swallowing a bait though, and care should always be taken while unhooking.