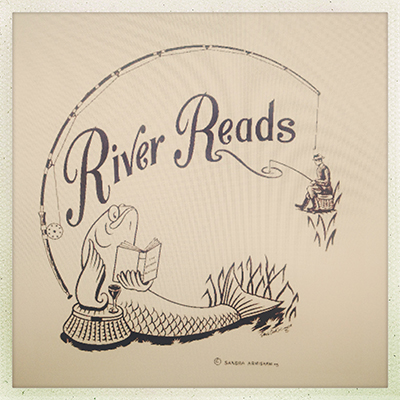 Overlooking the River Torridge in North Devon is the small market town of Great Torrington. This was the final stronghold in the West Country for the Royalist army during the Civil War and home, since 1967, to the skilled glass-blowers of Dartington Crystal.

A mile or two to the north you will find Great Darracott, the new home of River Reads.

Founded in 2002 by Keith and Sandy Armishaw, River Reads began life as a shop in Great Torrington itself. Originally specializing in angling books, the River Reads umbrella soon began to spread. Limited edition books were created and new projects published for the first time. Vintage tackle found its way onto the shelves and as their reputation grew, so space in that little shop began to dwindle.

The move out of town has not just streamlined the operation, it has also freed up more time for Keith to go fishing – and angling is something he is rather good at.

River Reads now principally operate online and details of all of their projects (including a link to Angling Heritage) can be found here: www.riverreads.co.uk.