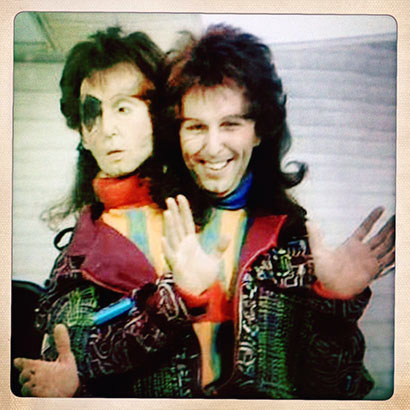 Fishpool read a fascinating book last year by forager extraordinaire John Wright. Entitled, The Naming of the Shrew, Wright leads us through the subject of taxonomy. Why and how things living were and still are classified.

It was a mighty good read, and led Fishpool to ponder the naming of some of our oft-caught fish species.

Some are well known. The grayling (Thymallus thymallus) is so called because of its smell – it being similar to thyme. The pike (Esox lucius) is a little more inspiring. While esox might simply be taken to mean ‘big fish’, it also translates as ‘pitiless’ with lucius meaning ‘waterwolf’. Pitiless water-wolf seems pretty apt, doesn’t it?

Some are fairly self-explanatory. The barbel (Barbus barbus) needs no translation, while the freshwater eel (Anguilla anguilla) is so named after the place in the Caribbean where it breeds.

The John Dory (Zeus faber) got special mention in Issue 41 (do keep up), and the halibut (Hippoglossus hippoglossus) literally translates as ‘Horse-tongue horse-tongue’.

Some names simply demonstrate the whim of the discoverer. The reef-fish Bidenichthys beeblebroxi, was so named in 1995 by a Douglas Adams fan – ‘beeblebroxi’ taken from Zaphod Beeblebrox, a character in A Hitchhiker’s Guide to the Galaxy.