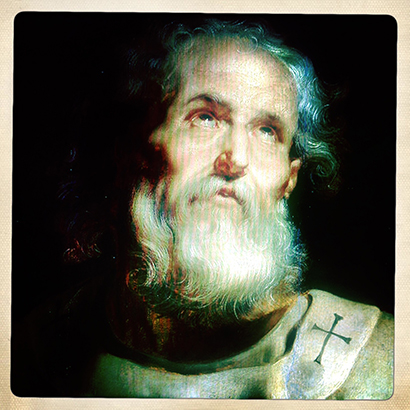 Editor Fallon is an easy going sort. He rarely cracks the whip and is open minded regarding content – he’ll even let the odd swear word through. In fact, his only dictum is to never mention religion or politics.

To be honest, that suits Fishpool well. Both are topics best avoided, as discussions on either subject inevitably result in either war or utter boredom – neither of which are particularly conducive to good fishing.

Despite this, while flicking through the Bible last weekend (I also read the Three Commentaries, The Quran, The Tipitaka and the Mabinogion for balance – and appreciated them equally), Fishpool realised that there is one figure who it would be bordering on blasphemy not to mention.

Saint Peter was pretty much Jesus’ right hand man, and no wonder – before the two met Peter was a fisherman. Strangely, The Bible doesn’t dwell greatly on the point, but in the Gospel of John, it is mentioned that Peter was from a fishing family, and continued to cast his nets even after the Resurrection. No doubt he had a hand in the Catch of 153 Fish and also, according to Matthew, caught a fish with a coin in its mouth – a species widely believed to be a tilapia.