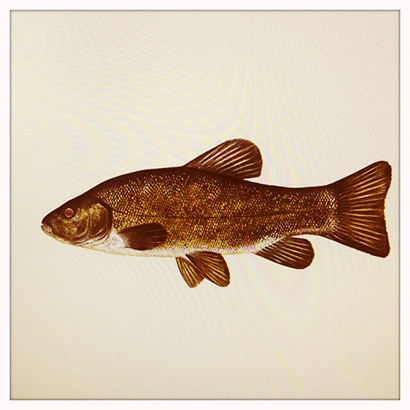 As we edge ever nearer to Opening Day (see Things we Like), one species that will be swimming strongly through our dreams is the tench. For stillwater anglers, the tench (Tinca tinca) is surely the early season fish of choice.

Lovers of old pools and slow moving rivers and canals, the tench is a solid, thick set fish with olive green flanks, a paint-brush tail and wonderfully intense red eyes. They are predominantly bottom feeders and most often found close to weed or lily pad beds (see Things we Like).

Historically, tench were known as Doctor fish – not just due to beliefs that they held properties beneficial to human health, but because they acted as physicians to other fish.

They are hard fighters, particularly on balanced tackle, and respond well to float fishing with a variety of baits. Nothing is quite as evocative as a red-tipped float sitting beside the lily pads on a steaming June dawn – with tench bubbles (see Back of the Shed) pricking the surface…