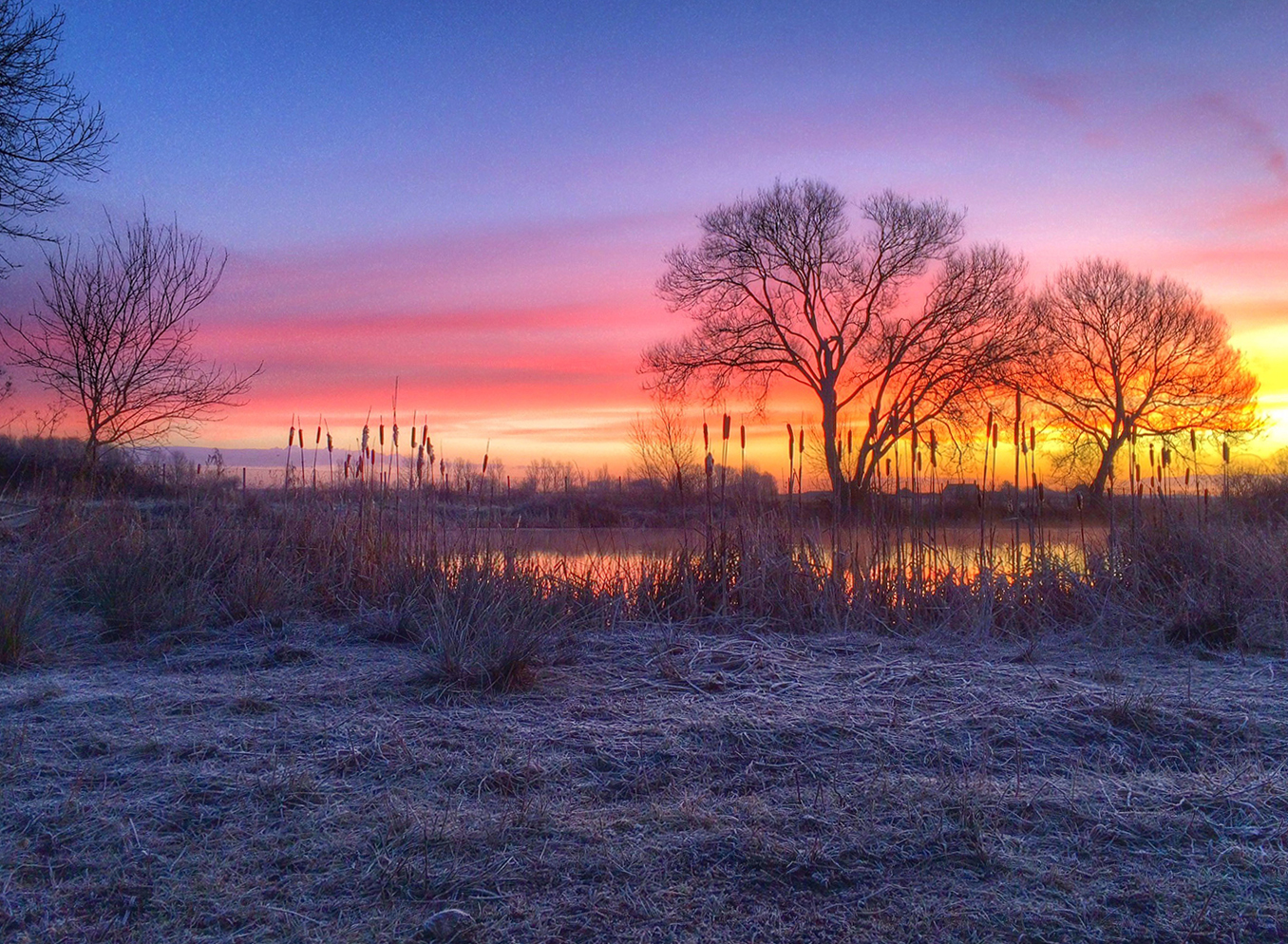 I have just been carp fishing, not in itself unusual, except it is something I never do at this time of year. It wasn’t a bivouacked endurance test in thermals, wet gloves frozen to fingers, slack lines freezing in cat ice—more a casual few hours with an Avon rod, a pocket full of floats and a tin of corn—but cold water carp hunting nevertheless. And I caught some.

I am a reluctant carp angler. Perhaps I have always been. Since childhood, like so many of those I call friends, I have been beguiled by their enormity, their capricious indifference to our endeavour, their blue-backed magnificence as they parade through a swim. Only ferox trout have come close to consuming me so totally. Even now, 40 years after I first tried to catch a carp, I sometimes wake with the realisation that I have been dreaming about them. Such an affair takes its toll.

Perhaps I don’t like fishing for them, not really. In recent years, with a job that requires more responsibility than I merit and a young family to adore, I just haven’t found the time. Perhaps I don’t want to find it. In wonderfully irresponsible youth, when I cast for them often, I grew to resent the endless days and nights of immobile bobbins of silver. I simultaneously relished and recoiled at the lengths to which we went to catch them, and my inability to keep up with it all. Surely there were better things to do? Carp fishing was stuck in the fast lane, but I wanted to take things slowly.

Perhaps I wasn’t committed enough? I knew that a few hours on the river would almost invariably produce a chub or two, perhaps even a barbel, and the prospect of actually catching something really appealed. Long nights of fishless solitude had their own charm, but so did rushing off the river, dripping and triumphant, to catch last orders (a pint always tastes better after fine fishing). I slowly drifted away from carp, just as they had so often drifted away from me, and have returned only because it feels like there is something left unfinished.

It’s a common tale. Those of us who have sated our carp fever and adopted an angling life that fits more comfortably with a non-angling one must be considerable. We’re a silent, discomfited army who have swapped army surplus chic for middle-aged conformity and though we have common sense on our side, none of us feels entirely comfortable with that. You can find us staring in to the distance in the supermarket, hurrying past the Bacofoil and the luncheon meat as old ghosts cross our path. We miss the madness of it, but we can’t go back. Not properly.

If I may, I will try to clarify this madness. Summer days and nights by a fizzing, verdant pool are one thing. The water talks back to the angler, gives him clues, evokes hope and offers chances. Long, cold nights of silence later in the year, when the fish are at their biggest and the casual carpers have vanished, are altogether different. The water adopts a different, less effusive personality, carp are rarely seen until they appear in one’s net, and until that happens it can be hard to believe they are there at all. It was the latter that did for me.

The real tyros of my carping youth, the wildest-eyed of the crazies, fished through the bleakest hours of winter. They were right to. The adventures of the pioneers who fished the uncommonly warm waters of the Peterborough Electricity Cut in the mid-60s were proof enough, so too the exploits of Fred Wagstaffe, Mike Winter, Fred Wilton, Jim Gibbinson and others at much the same time. So it was no secret that carp could be caught in the winter when I had my opportunity to do so in the mid-80s, and though it is too long ago for me to be entirely sure, I suspect that I just didn’t want to try. There were other fish and other distractions. My friends, hardier or madder, or simply more committed, caught some very good fish.

Thinking back, two cold and buried memories have danced to the surface.

The first all-night trip I ever did, as an 11-year-old with my twin brother for company, was on a desperately foul night in March 1980. March, as anglers know, can go either way, harking back to winter or eagerly seeking spring, and on this occasion the former won out. We fished a pond in Titchfield, Hampshire, wrapped in our schoolboy parkas and football scarves, and we shivered fishless through dawn. We had no bivvy and sat, huddled on garden furniture, beneath a small and wholly porous nylon umbrella.

When the gloom lifted and the day began, we were too tired to care much for carp but hours later, shortly before Dad and his Austin Maxi came to rescue us, my silver paper lifted and I duly caught one. It weighed 3oz over 5lb and was the largest we had ever seen. The faded photograph shows only victory, and none of the misery that had preceded it. But was it worth it? Oh yes.

The same pond, four years later, gave me my first double-figure carp on a brittle February day. I was only there to try out a new rod, and was surely as surprised as the carp that picked up my borlotti bean (Co-op tinned, stolen from my mother’s larder as I hadn’t bothered to sort out proper bait).

There have been a few carp since then, but that stuttering, unexpected bite has stayed with me. I lifted the new rod in to a fish that I had no right to have on my line. The carp, suitably nonplussed, wallowed in to the net with little agitation. It was a short, round mirror, and the photograph from that day shows a rosy-cheeked and bony youth who can’t quite believe his luck.

But that’s it. Two modest carp and neither of them caught in the very worst of winter weather. And only the smaller of the two was deserved, if such a thing applies in angling. 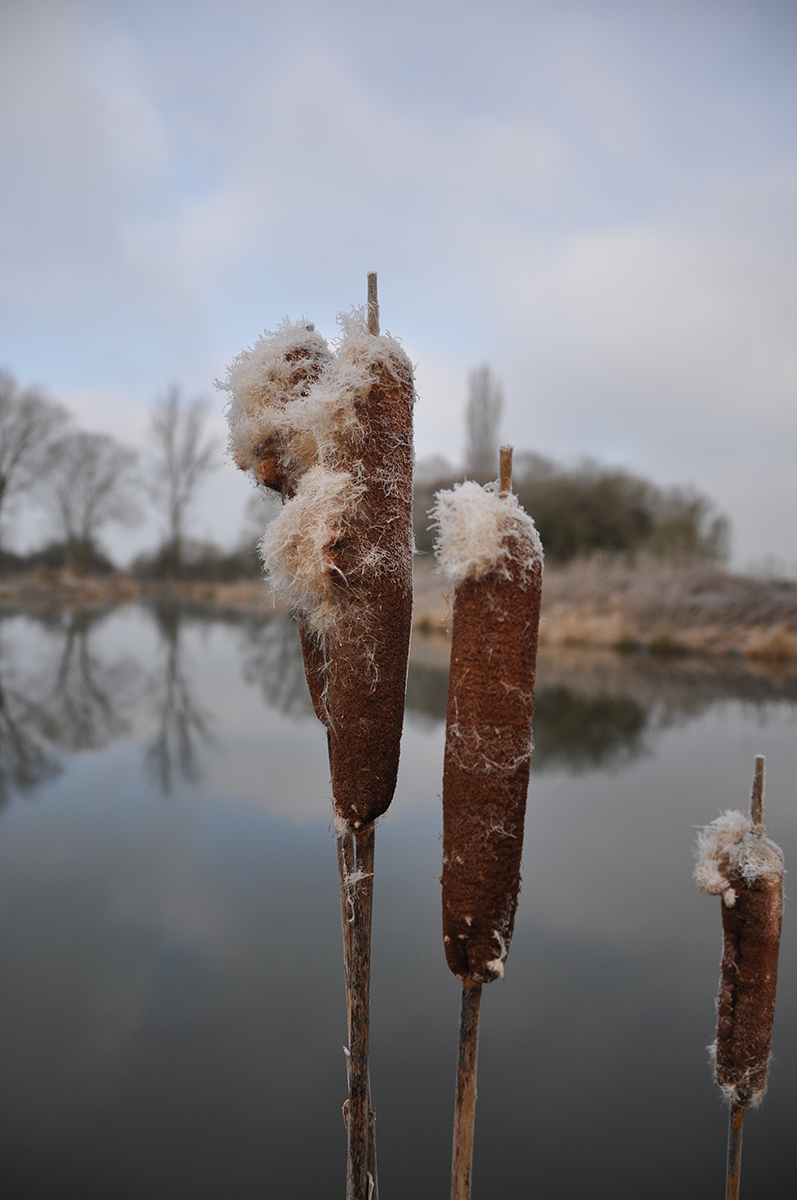 Ever since, I have admired those who have stuck at it, and especially enjoyed those snow-covered bivvy photographs, secure in the thought that my form of lunacy at least comes with a warm bed. Carp fishing, forever an on-and-off relationship, has ended each year when the nights have drawn in and the rivers come alive.

This morning I found myself on a farm pond, but not the one I had intended to fish. I have only recently begun to explore the waters close to my new home on the border of Wiltshire and Somerset and one, a shallow three-acre pool a mile from my door, has a reputation for carp that are uncharacteristically cooperative. My kind of carp, if I am honest. It’s a pretty water, the fish are modest but beautiful, and I have spent most of the last year trying to find a day to fish there. But, at first light, I arrived to a full car park and a blunt and hand-written sign that said “lake closed—match”.

It didn’t matter, and I was determined. The area is dotted with water, some the exquisite work of Lancelot Brown, others little more than irrigation ponds. Most hold a few carp. My second choice, then, was a pond of similar size, high in a wood on the other side of town. It isn’t known to be especially generous to the angler but a mild westerly suggested a fish or two might feed.

As my car bounced over rutted tracks towards the pool, I thought of my pal Stu, known to many as the Sweetcorn Kid, who catches prodigious carp throughout the year. Some of these are “off the top” on bitter days when no sensible man would think to hook on a piece of crust. I won’t comment on whether Stu is a sensible man—he’s from Portsmouth—but he’s considerably more adept an angler than me, more intuitive and single-minded, and thinking of him gave me hope. Winter carp? Just as easy as they are in summer.

There was a competition at the second pool too, but it was a small affair, five friends with poles huddled together on the far bank. They reminded me of those Victorian paintings of monks in a punt, though their Ianguage today was resolutely secular. I wandered round and chatted to them and they gave me their blessing to roam the remaining bank. They were after silvers, which is always refreshing to hear, and told me I was welcome to the carp, if I could find them. It didn’t take long.

The morning was mild, with a soft drizzle sweeping the pool. Leaves skittered on a light breeze, piling up on the bank furthest from my pole-wielding friends. The marginal reeds twitched and a single carp, perhaps 12lb, broke surface as he sucked morsels unseen from the stems. An hour of quiet watching followed and it was evident that he wasn’t alone. Every carp in the lake was at my feet.

The first fish took my corn as it fell through the water and I was too surprised to strike effectively. A minute later, it was all over and a bare hook flew back to me. It took some time for the pool to settle once more, and so I watched and smoked and boiled a kettle. In the fish’s absence I scattered more corn along 10 yards of bank and waited for the twitching to recommence. Soon enough, it did.

I caught three carp between mid-morning and late afternoon, and lost another that felt—as they always do—like the best fish of the day. None were huge but each gave a confident take which saw my unweighted crow quill vanish in an instant. For a moment, as I returned to the car in fading light, I decided that I really did like cold water carp fishing after all. But, as I shivered through the fog on my way home, the feeling left as quickly as it had arrived.

It’s late now, more winter than autumn as midnight approaches, and for the first time this year I’ve piled logs on the fire and dropped a little dry ginger in to my whisky. A quick scan of social media tells me that some of my friends have been out after grayling, pike and chub today. Proper fish that subscribe to the Crabtree calendar. Others are still out there as I type, zipping up their sleeping bags and settling down for a night of silence in the hope of a big carp at dawn. I admire them and hope their buzzers scream, but I don’t want to join them. If I’m any kind of carp fisherman these days, it’s the dilettante kind, the sort who is mystified much of the time and who, when the weather is compliant, might just luck in on a decent fish every now and then. I can live with that. If a particular fish demands anything more than a grain of corn under a float or an inexpertly-presented lump of crust, it won’t be me that catches it. I can live with that, too.