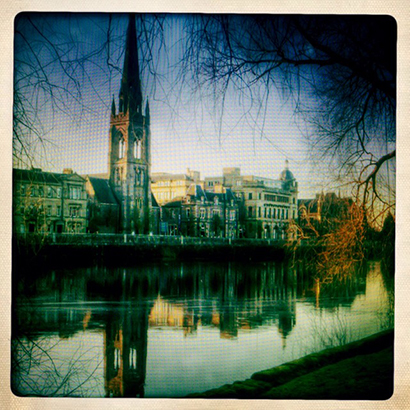 From a small lochan on the sloped of Ben Lui, a Munroe peak in the southern Highlands, flows one of the most famous salmon rivers in the world. The River Tay is the longest river found wholly in Scotland and flows for nearly 120 miles from west to east before meeting the North Sea.

The Tay produced the biggest salmon ever caught in the British Isles, a 64 pounder to Georgina Ballantine (see People we Like), and though the numbers of salmon have slumped in recent years, the river remains a premier destination for anglers across the world.

The Tay is rich in ecology and is home to nearly 70% of the world’s remaining freshwater pearl mussels. It is also home to the European beaver—with estimates of as many as 100 animals on the river. Though these are presumed to be recent escapees, some suggest that they may have survived unnoticed from the original indigenous population.

For the angler, there is more to the Tay than salmon fishing. Brown trout and grayling can be caught, and big pike, perch and charr have been taken from the lochs through which the Tay flows. Even roach are found in the lower reaches, with Perth a particular hotspot in the past.