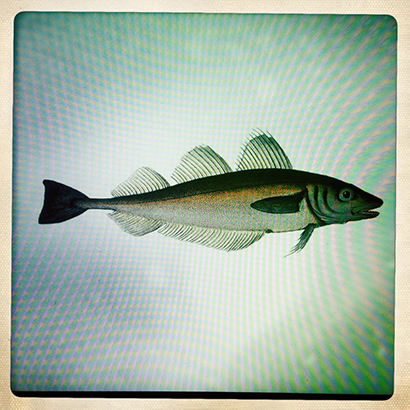 We may be experiencing one of the mildest winters on record, but the sea is still a tough proposition at this time of year. Many fish move offshore or head south to warmer water, but in turn species will enter British waters from further north. One species that is particularly common through the cold months is the whiting (Merlangius merlangus). The whiting is not a large fish, the shore caught record is 4lb 8oz and a two pound fish is regarded as a specimen, but they are reliable feeders in cold water and are often present in large numbers.

The whiting is similar in shape to the cod, to which it is related, and similarly sports three dorsal fins. It has a large mouth and eyes, and though it will hunt smaller fish, it is known best as a scavenger – picking up almost anything that is edible.

As such, the whiting is a fairly straightforward fish to target. It will take almost any bait and is a reliable target for match fishermen such as Alan Yates. The large mouth enables the whiting to take surprisingly large baits and it can prove a nuisance to anglers targeting other fish such as cod. Fishpool would never complain too much – it is just a relief to write of a fish that still seems to be thriving.