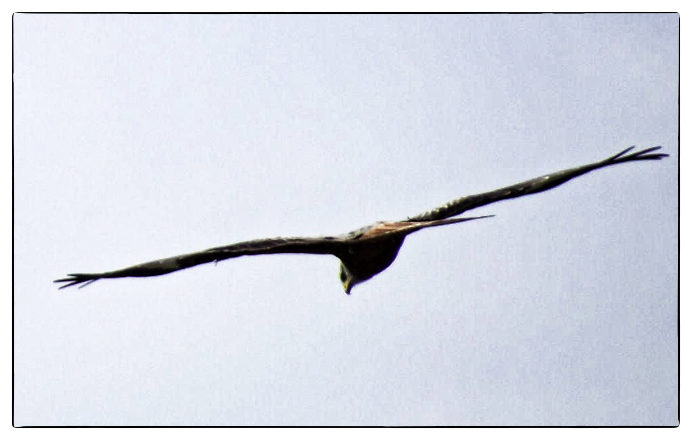 For too many years I suffered from a prolonged bout of naivety, the sort normally associated with the folly of youth, turning down multiple requests from my Mum’s friend Steve, that I accompany him on a days fly fishing. In the end it became a running joke between us. However, I shocked him one day and took him up on his kind offer.

After one tangled afternoon’s fly casting tutorial, we ventured to the local fly fishing stillwater, a lake near Nantmel known as LlynGwyn (White Lake in English). Steve instructed me on which flies normally did well,passed on a few nuggets of wisdom, then left me to my own devices and headed off to the far corner to fish in his favourite spot. Soon enough, I began to enjoy the freedom of fly fishing. After half an hour I’d even had a trout follow my cat’s whisker while my mind had wandered as I took in the scenery.

“Hard work this fly fishing,” I said to myself, so I waded back to the bank and took off my jacket. The sun was high in the sky, the birds were singing, sheep were bleating (you get the picture), but there was something missing… not a single car engine could I hear. Lovely. I looked up, startled by the long eerie shriek from a buzzard; as it flew no more than 15 feet above my head. The ferny backdrop of the steep bank behind me was probably the bird’s hunting ground and so I apologised for encroaching upon its territory, then bid it farewell as it flew off towards the tall conifers to my right.

I changed my fly and direction of cast, fishing back towards the shallower water in the corner. There was a rocky ledge that ran the length of the lake at this end, so knowing that fish will often sit just off a ledge (one of Steve’s nuggets); I retrieved my fly along its contours. Just when I thought I’d snagged on a rock, the rock took off, line poured from my reel and my heart started pounding. I wasn’t used to this style of fishing, so probably more through luck than judgement, I used the palm of my hand on the edge of the spool as a break, slowing the fish as it clung to the rocky ledge. It dived down behind some boulders, and I could feel the horrible grating sensation of line against rock. I gave it slack; luckily it got away from the obstruction and headed into deeper water. I could now just about see the shape of a fish, so holding the nine foot rod as high as I could; I reeled in the line at my feet and started playing it directly from the reel. I eased it over the rocky ledge and at that moment realised it was not a trout but a carp. Steve, who must have seen or heard the commotion, waded out to me enquiring “Is the fish any good?” “It’s a carp,” I replied. “That’s a shame,” he commented. “It’s not a shame!” I exclaimed; this was a wild carp, a gorgeous fish. Nothing more than a nuisance to Steve and the rest of his fly fishing fraternity, but to me, the fish of dreams.

Unravelling the mesh of the net to get a better look at the fish, my gaze was met by one of nature’s perfect creations; a pristine bar of gold, it’s scales appeared as if painted on by an artist’s brush. I stood there, staring, the beautiful fish lying helpless in my net. I don’t always weigh my fish but this was something special, so my spring balance was released from my pocket, the net head was unscrewed from the handle and used it for a weigh sling; 9lbs after subtracting the weight of the net. As I slipped the fish back I noticed it’s pectoral fin was split in two.

Steve told me that the monks were said to have stocked the lake many years ago with carp and tench, and that ever since then it has only seen regular stockings of trout, and no other species. He laughed at the expression on my face, and when we called in to see Mother on our way home, he joked that I was the first person he’d ever seen happy to catch a carp from LlynGwyn .

In recent seasons I’ve become accepted by the fly fishers, but in seasons past I was probably a bit of a laughing stock among them.Nowadays, I fish for the carp of LlynGwyn with traditional coarse tackle, and am still trying to connect with one of the lake’s double figure carp, not that I’m bothered about the weight; I just love the serenity of it all. It lies off the beaten track, nestling in a valley surrounded by pine forest, where red kites and buzzards soar on the thermals high overhead, pine martins stalk rabbits, and badgers frolic in among the fallen trees. Nicer surroundings I can’t imagine, therefore I was happy to be the target of their jokes. But, to my mind, the joke—or perhaps the word is “sympathy”—was always aimed at them. Having such wild fish available to catch, yet not being able to appreciate them… well, one has to feel a certain amount of sympathy towards someone like that. It takes all sorts I suppose. 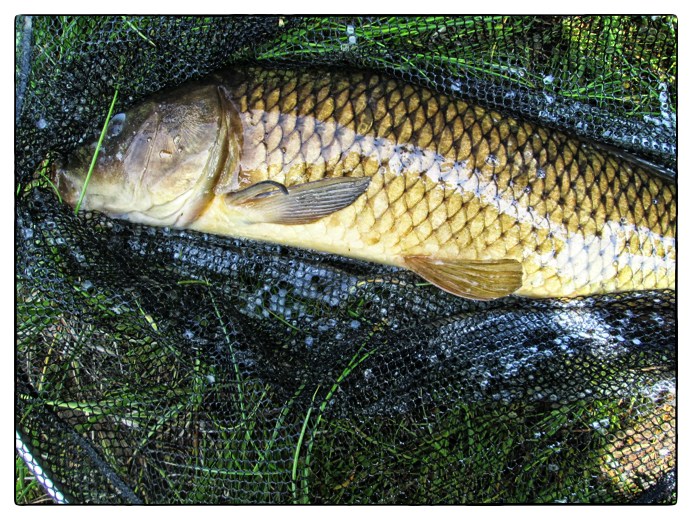 I’ve lived here in Mid Wales since I was 8, a total of 34 years. Seldom on a days fishing will I even see another human being, or hear a vehicle. I am far away from civilisation and without a care in the world. Now fishing for what has been provided by the religious people who once lived here—who tended to the land, the injured, the Lords and the Ladies—and finding solace in what I do, is gratifying beyond compare, but to think it all came about by accident? I often ask myself if I would have found this utopia had I not accepted Steve’s request to accompany him on a days fly fishing, had he not persistently badgered me to come with him? Maybe we should be on the lookout for more opportunities, rather than being so quick to turn them down? I certainly won’t turn down the invitation to fish anywhere, for anything, in the future.

As it happens, I recently spoke (via letter) to Chris Yates about LlynGwyn, it was a place he’d visited but never fished. He’d heard a lot of the stories from the locals, such as 4ft long carp seen by divers. I hope as he suggested, he’s able to fish it with me one day.

A less crowded room
The Wizard of Vesoul