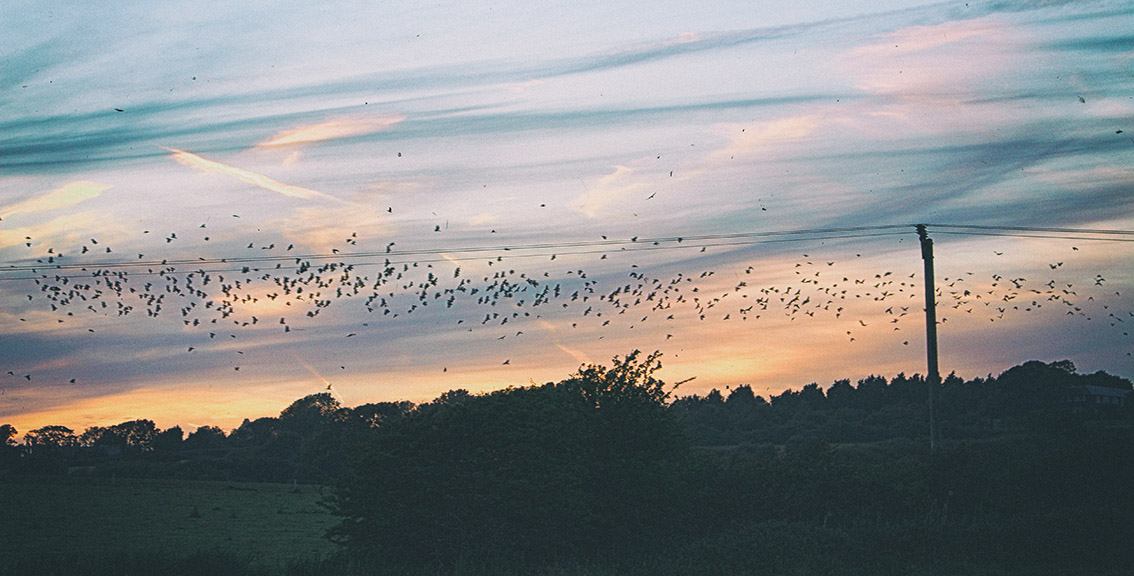 I am in the field by the woods again. It is late October and the ground is sodden, and beneath the big oak trees the myriad fallen acorns crunch under my feet like crisps.

This amenable Irishman puts me instantly at ease. I haven’t known him long, but the soft Dublin accent, the slightly high, melodious pitch—as if every word is spoken through a cheeky grin—is so familiar to me that I am calmed. We keep talking, two Irishmen in a field in England, a light drizzle falling, a grand soft day.

Aran is a costume stylist and hairdresser, and a voracious reader of books. He talks like he knows his mind as well as his subject matter. There is a calm assurance of his place in the world. The words flow off his tongue with the confidence of somebody who has to converse all day with his customers, keep them entertained with idle chat, enthralled with his gift of the gab, or simply know when to keep his trap shut. We’re having a bit of banter, trading stories from home. It’s good craic. He’s not really a fisherman but I agree not to hold it against him. While I bury my head in angling literature, he seems to have read every Irish author of the 19th and the 20th century.

“No, I didn’t do much fishing in Dublin,” he says, “but I remember watching the mullet in the Liffey.”

“Really? I did too. You could stand on O’Connell Bridge and the Ha’penny Bridge and watch them swim under you,” I reply.

“The Ha’ penny bridge? That brings back memories. I wandered across it one day, years ago, and I stumbled on an auld book store, on Capel Street I think it was. I’d never seen it before. So I went in, mooched around a bit, looked at some books, as you do. ‘How much is this?’ I asked the man in the shop? ‘It’s not for sale,’ sez he.”

“Not at all. He was well-to-do. There was definitely a moth-eaten sense of privilege, but he wasn’t some alcoholic disaster case. I picked up another book. ‘Not for sale,’ he sez again. So I wander around a bit more, thinking: ‘What in god’s name is this fella up ta?’ and I picked up another book. ‘Not for sale either,’ sez he, so I start to leave the shop. ‘But you can borrow it if you like,’ he shouts after me. ‘Just return it in exactly two weeks.’ So I did.”

“But sure that’s totally mad,” I add, rather obviously. “Were you drunk? Did it really happen?”

“I know. It’s bonkers like. I kept going back for weeks, and I even sent some friends there and they borrowed books too, but every now and again he wouldn’t like somebody, so he’d tell them to leave, and wouldn’t lend them a book at all. And one day I returned, and the shop wasn’t there anymore, gone, no sign of it, closed, finished.”

“Are you sure it ever existed?”

“The older I get, the more I think it probably didn’t. It was like something from a Samuel Beckett play.” 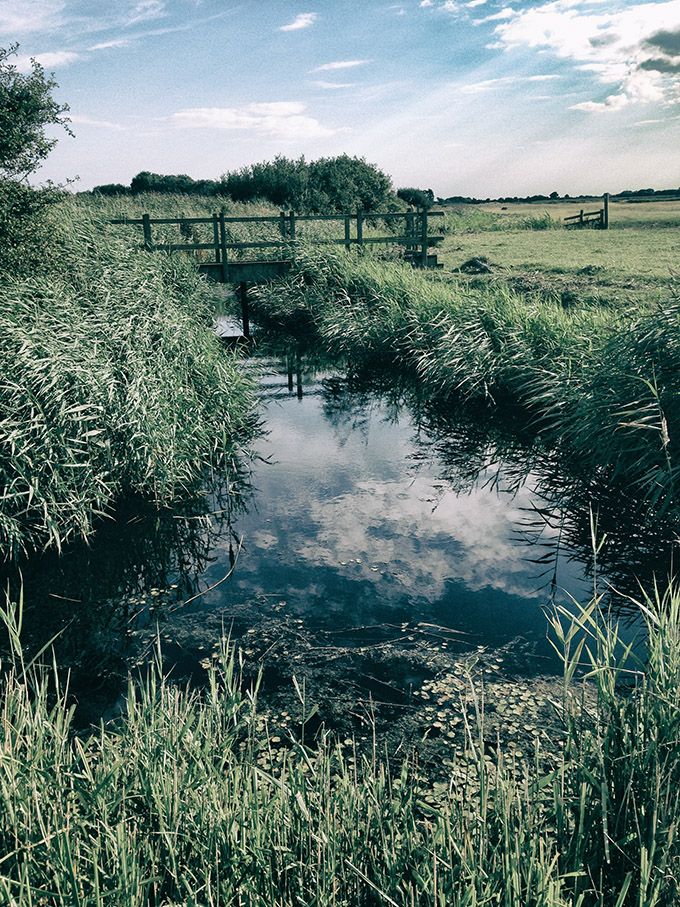 The rain continues to drench for most of the day then finally ceases. My daughter and I have been stuck inside the caravan for too long, and I need to take her for a walk or else she’ll struggle to get to sleep later. I also need to take myself for a walk, or else I’ll struggle to stay sane.

I haven’t fished for what feels like ages and I’m anxious to see the little ditch I fished the last couple of times I was here, despite the fact I have no rod with me. It promised so much but I never really got to grips with it. I never really found the time. I never really made the time.

It is nearing dusk as we set off. The woods are dark and the light in the open fields is welcoming. We head towards the hill on the opposite side of the field, and in the half-light we see the huge clattering of jackdaws—that gather in the field at the end of every day—scatter into the air as a lone figure in the distance walks down the hill and slowly towards us. He also has a dog, but a gun dog, a spaniel I think, black and muddy, its nose snuffling the ground as it weaves its way back and forth in front of its master, searching out rabbits or pheasant maybe.

I realise we’re not going to make the ditch this evening. It will be dark before we get there. But there are other things to see. I think there’s a pond nearby. The geography suggests so. I like to think I have a nose for these things. I’m sure, as an angler, that I’m not alone in that belief. As the figure draws near it is a young lad.

“Hello,” I reply. “If we follow this path, is there a pond through those woods?”

“Yes there is. Just through here. I am going that way. Join Me?”

So we do. There is perhaps 20 minutes of daylight left. “Maybe we’ll see a badger Daddy?” my daughter chirps.

We walk through a field we haven’t crossed before, then follow a tiny stream I was curious about but never explored, then we cut through a 50 yard tunnel of thicket. It is a hobbit’s tunnel, and feels like we’re entering the realm of fairies. My daughter’s eyes are wide open. “Do witches live here, Daddy?” she asks.

When we leave the tunnel the jackdaws are circling before heading for their roost. They are noisy. We should know. They roost in the same woods where our caravan is. There must be a thousand of them and they make flowing patterns in the sky as they fly, an aurora of feathers in the setting sun.

“My grandfather lives here,” the boy adds. “I come down from London sometimes to visit him. There’s the pond.”

It is a tiny farm pond with an island and a wall, and seems completely forgotten about, but intriguing. But it is too dark to cross the muddy field and get a decent look at it.

“No, but there are fish in the ditch beyond the hill I just walked down.”

“Ah. I know. I have fished it myself,” I added somewhat proudly.

“Did you catch anything?”

“Tiddlers. I‘ve only fished it a couple of times. Just small perch and lots of tiny rudd, Great fun though. But I think there are bigger fish in there.”

“There are specimen rudd in there. I have caught them.”

“How big?” I am inadequately hiding my enthusiasm.

“My biggest was 2lbs 3oz. When the ditch crosses not the first field but the second, it is joined by another ditch.”

“Yes, there’s a wooden bridge there.”

“Yes, that’s right. Just there, under the far bank. Three maggots. Red. You should try it next time,”

“I will. Thank you for the tip.” I can’t quite believe what I’m hearing.

“If you follow this path it will bring you right back to where I met you. I’d better get on. Nice to meet you,” he says with a wave.

My daughter and I head along the path for home. I look back for the boy but he has melted into the darkness like a ghost.

“He was nice Daddy,” my daughter says.

“Yes darling. He certainly did.”