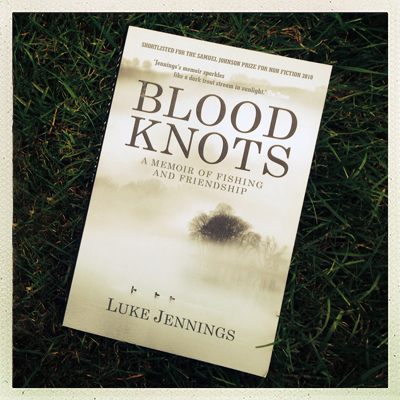 It is a rare book indeed that can relate the subject of angling to non-anglers, but Blood knots, by Luke Jennings, succeeds as well as any. The memoir is a deep, often harrowing, insight into Jennings’ life as an angler, and has richly deserved the plaudits it has gained, though few non-anglers will see the clever use of the title.

A blood knot is one of the easiest, and adaptable, knots that an angler will learn. The line is passed through the loop of the other line, twisted back over itself half a dozen times (Fishpool is a seven-timer), before the tag end is passed back through the first loop created. The same process is then made with the second line.

Like most knots, the blood benefits from being moistened before tightening, as does its close cousin the half-blood. This is used for tying line to an eyed hook or swivel, and works exactly the same way.

Though the knot is widely used, it does have a tendency to ‘slip’ when used with braided or pre-stretched materials. For a bog standard monofilament such as Maxima Chameleon though, the ‘arf-blood will do just fine.