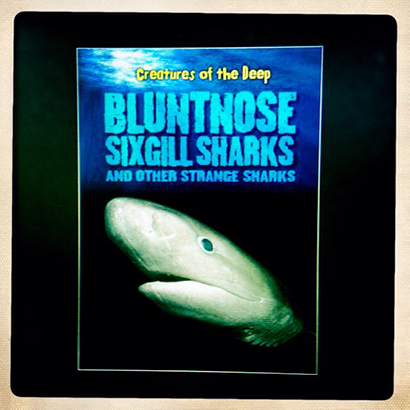 Also known as the cow shark, the bluntnose six-gilled shark (Hexanchus griseus) is a fish of the deep sea. Growing large – in excess of 20 feet in length – this is the largest member of the Hexanchidae family of sharks that date back over 200 million years.

Aside from the additional gill slit from which it takes its name, the six-gilled shark differs from other sharks in the position of its dorsal fin, which is situated near the tail – rather like the pike (see Fish we Like). It is one of the most widespread sharks in the world, though its tendency to live a solitary life, often at great depth, means its true population is hard to ascertain.

As a sporting fish, the six-gilled shark was long overlooked, and it took the actions of pioneering anglers to prove they were catchable. In 1959, Bernard Venables (see People we Like) undertook to catch them off the island of Madeira, in the Atlantic. He succeeded – in spectacular style – with a string of fish culminating with a 1600 pounder – the largest fish ever caught on rod and line from the north Atlantic.