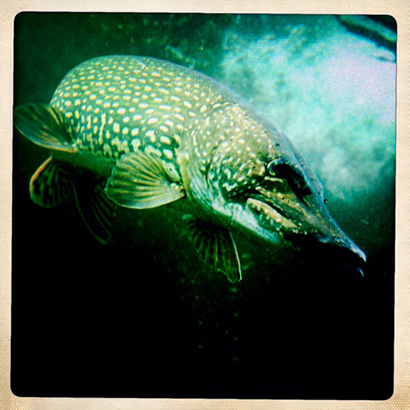 No fish, in freshwater at least, stirs the imagination like the pike (Esox lucius). This is a fish unchanged since time began – a relic of the Ice Age – though when you have no need to change, why evolve further?

The females grow far larger than the males, and happily cannibalise the smaller jacks. A much persecuted species, the best way to deal with pike is to actually leave them be. Removal of the matriarch will lead to an explosion of smaller fish which will in turn lead to a population imbalance. Like all predators, their place at the top of the food chain is the most precarious of all.

A big pike will weigh 20lbs, though they do grow more than twice as large. The British record stands at 46lb 13oz (from Llandegfedd Reservoir – see Places we Like) but there are tales of fish far, far bigger (see Back of the Shed).