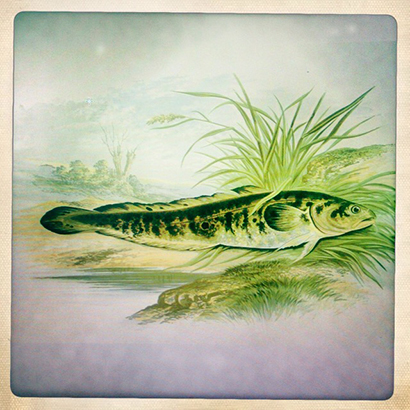 1969 is etched in history as a landmark year for Man. On a mid-September night on the Great Ouse, John Dean caught the last burbot (Lota lota) to be taken on rod and line in Britain.

The biggest rod caught burbot was taken in Canada and weighed over 25 pounds. Typically, though, they are far smaller and John Dean’s fish weighed just a pound.

Efforts and discussion to reintroduce burbot to British rivers is ongoing, though there is a possibility that they still swim unnoticed. In 2010 an angler spotted a fish of around two feet in length in Cumbria’s River Eden, while in the same year, on the Great Ouse, a French angler spotted two fish that he recognised as burbot.

Should you catch one, please, please resist the temptation to dunk it in a batter mix…