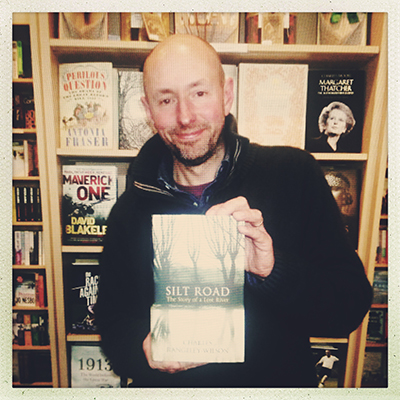 Formerly a teacher, Charles Rangeley-Wilson’s love of travel, fishing and writing inevitably converged with the publication in 2004 of Somewhere Else.

He has since written extensively, and contributes to Gray’s Sporting Journal and is Angling Correspondent to The Field, though he is familiar to many as The Accidental Angler.

Rangeley-Wilson is a keen conservationist, with a particular interest in rivers. He is President of the Wild Trout Trust and one of the founders of the Norfolk Rivers Trust who work to restore and maintain the chalk streams of East Anglia. He is a keen photographer and aside for the Accidental Angler television series has also appeared on our screens on the critically acclaimed 2008 film, Fish! A Japanese Obsession – in which he explores the social impact of fish and fishing within Japan.

In 2013 Rangely-Wilson published Silt Road, inspired by his fascination for landscapes, this is the story of a suburban river and the lives it has affected.

His current literary project looks more deeply at all forms of angling, and on the subject of carp, Rangeley-Wilson is rumoured to have sought the counsel of Fallon’s Angler contributor Chris Yates.