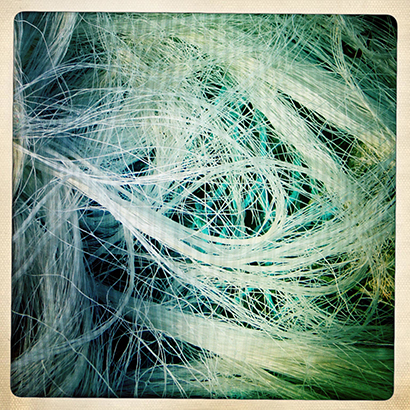 Fishpool trod the banks of a lowland river recently, hoping to catch a nice chub. Sadly, not a bite was had, and this was due in part to one of the biggest tangles in the history of angling.

Of course, it wasn’t Fishpool who got in a fix, but his or her angling companion for the day – let’s call him…..Desmond.

Now Desmond had recently filled his centre-pin with new line. It had been bought for him by a barbel angler who assured him that its strength and limpness were unrivalled. It looked the part and felt the part, but with no practice casts, Desmond attempted to fire out a thirty yard Wallis cast into the teeth of a hurricane.

The result was spectacular and the language choice, but we are anglers, after all and we have been unpicking tangles since we first picked up a rod. And having realised at an early age that pulling hard normally resulted in a snap rather than a miracle detanglement, we know that patience and thought can sort out the most unlikely of messes.

Not this one though. Fishpool made and drunk two cups of tea while Desmond toiled. For a moment – a very brief moment – it looked possible, but ultimately dear old Des lost his rag and snapped….