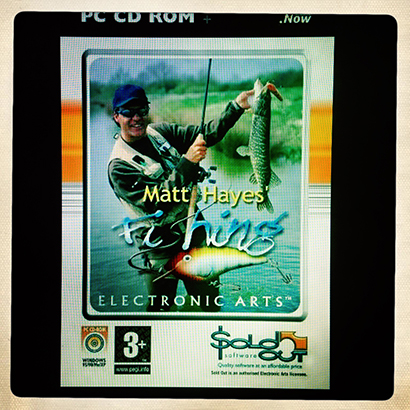 Back when Fishpool was a mere sprat, and the world was my oyster – I rather fancied myself as a computer programmer. Computers were taking the world by storm and my folks managed to pick up an almost new BBC Model B – with a whopping 32K memory.

Fishpool thought how fabulous it would be to have a fishing game to play, but with nothing in existence, I was forced to design my own. I mean, how hard could it be?

As it turned out, very – and as Homer Simpson wisely said, ‘If something is hard to do, then it’s not worth doing’. I stuck to real fishing instead.

As the gaming world grew, however, so it inevitably peered in angling’s direction. We were ‘treated’ to Jack Charlton’s Match Fishing, before a minor glut of games appeared for various games consoles. These largely involved small and largemouth bass fishing, and some really weren’t all that bad. Renowned Games makers Electronic Arts got in on the act too, bringing us Matt Hayes’ Fishing in 2002. This was proper fishing – for pike, perch and even chub. We could fish Grafham Water and Lough Derg, and even the River Usk. All under the watchful eye of Matt Hayes himself. And was it as good as the real thing? No. Of course not. But it could have been an awful lot worse…