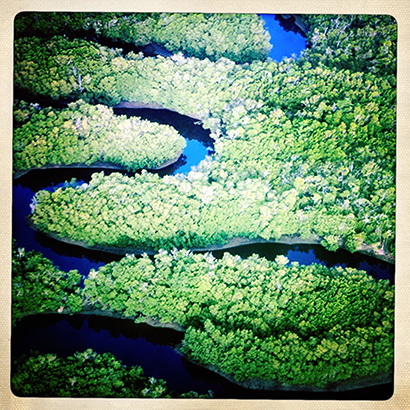 Aaahhhh – all together now! – ‘Zambezi, Zambezi, Zambezi, Zam, I’m on me way,’ – who could forget such timeless lyrics? Written by Nico Carstons and covered by a host of artists such as Acker Bilk, Chet Atkins and (most memorably for Fishpool, at least) The Piranhas, ‘Zambezi’ must be one of the most infuriatingly catchy songs ever written. And now, dear reader, that dear old Fishpool has wedged that tune in your head for the rest of the day, let us consider the river from which it took its title and inspiration.

On a continent as vast and awe-inspiring as Africa, the Zambezi cuts its own, breathtaking, course. Rising in the marshland of North-West Zambia, the Zambezi flirts briefly with the Democratic Republic of Congo before ducking into Angola and heading south – back into Zambia. For 1600 miles it flows through the African landscape, providing people and animals with water and food. The division of the upper and middle river is marked at the Victoria Falls – one of Africa’s most noted natural landmarks and one of the most dramatic fishing locations on the planet. Here vundu catfish and tigerfish can be targeted in the deep pools formed by the falls themselves.

Having visited Namibia, Botswana, Zimbabwe and Mozambique, the Zambezi forms a vast Delta before dissolving into the Indian Ocean. What a river.