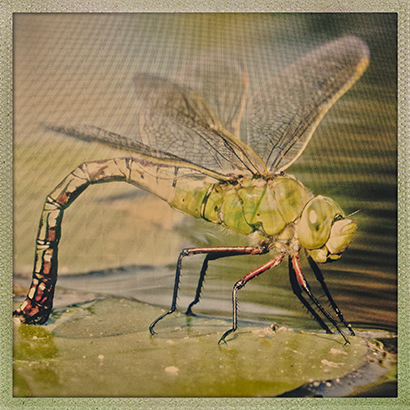 Among the almost endless benefits of angling, is the access we are given into the natural world. We get blasé about kingfishers and herons, and will regularly spy swimming grass snakes in the summer months. Water voles will gnaw the stems beneath our feet and otters seem to be popping up wherever we cast.

As spring begins to give way to summer, the first of the dragonflies take to the air. For several years, the naiads will have terrorised life beneath the surface, eating other insects, tadpoles and even small fish, before emerging above the watery veil and metamorphosizing.

There are some 3000 species of dragonfly in the world, and many will live a matter of days in their adult form. In Britain, there are around 30 different species, the biggest of which, the Emperor, has a body that can measure more than 80mm long.

The largest wingspan found among British dragonflies is around 120mm, almost as big as an adult wren.

As a general rule of thumb, the larger the dragonfly, the longer it lives in its adult form. An Emperor may fly for as long as four months, giving enthusiasts such as Matthew Minter plenty of time for a photo opportunity.