In pursuit of trout, by Chris Yates.

It was 51 years ago when I acquired my first fly rod. At that time, when I was 16 and living near Epsom, Surrey, there was no local trout fishing available to me, but there were plenty of dace and chub on the nearby River Mole, fish that would regularly refuse my carefully presented worms and maggots, but, on summer evenings, could often be seen enthusiastically rising for insects on the surface. Eventually they inspired me to buy a new rod and learn how to cast a fly.

The rod, a second hand cane eight-footer, cost me almost £3 from Epsom Fishing Tackle, and though I also bought a fly line I couldn’t afford a proper fly reel and so had to make do with an old tinplate centrepin. I practised casting for several days on my parents’ back lawn and gradually got the feel of the line uncoiling and straightening behind me and then uncoiling and straightening again in front of me. Sometimes it uncoiled round my neck, sometimes in a heap at my feet, but in the end I felt confident enough to head down to the river and flick a fly towards a fish.

I had a small collection of mostly dry flies in an old cough sweet tin. I tied on a size 14 or 16 Black Gnat, greased it and then walked slowly upstream, looking for rising fish. It was a calm warm July evening and it didn’t take long before I spotted the telltale ripples of dace as they sipped at unseen insects drifting on the slow current. I crept up almost level with them and nervously extended line until the fly was dropping ahead of them, but it was a clumsy attempt and the line almost made a splash as it landed amongst them. I had to wait several minutes before the fish recovered and began rising again, then I carefully recast and this time, O joy! A dace actually nosed my offering, but didn’t take it. Encouraged, I paused awhile, then tried again. Once more a fish rose up to the fly—and engulfed it. Incredibly, I waited till the head went down, struck and hooked my first fly-caught fish. It put a bend in the rod and must have weighed at least six ounces. I danced about with it on the bank before I slipped it back, I was so delighted with it.

Such an instant response was inevitably followed by a blank refusal from every fish in the river to even show itself. It was a pointless exercise casting a dry fly onto a blank surface, so I set up my ‘proper’ rod and spent a happy hour catching gudgeon and small roach on float-fished maggots until fish began swirling on the top again.

I picked up the fly rod once more and made a few casts, but the dace had lost interest in the Black Gnat and I couldn’t see what it was they were suddenly so keen on. As I was scanning the water, something larger than a dace rose under the alder bush on the far bank. A circle of ripple spread slowly beneath the leaves and I wondered if it was possible to cast my fly that far. After checking that I had enough space behind me for the back-cast, I began extending line and on the third stroke I followed through with the rod tip and watched the line unroll almost perfectly, the fly falling just upstream of the branch. It was undoubtedly a fluke cast, one that I was never quite able to replicate, but fortune, or Izaak, sometimes smiles on the bungling amateur. Not only did I make the distance, the current carried the fly directly over the fish which didn’t hesitate in rising for it. I didn’t actually see the rise; what I saw was my line drawing suddenly tight across the surface. I struck, the rod went into a fantastic bend and I was certain I’d hooked a chub.

Back in those days, the early 1960s, there were still a few big wild brown trout in the River Mole, and a brief flicker of spots did sparkle across my mind, but I’d become almost familiar with the dour, deep pull of a chub, while my only experiences of (poached) hooked trout had been a sudden irresistible dash up or downstream. The fish on my line was a sullen plunger, not a darter, and I gradually persuaded it over to my side of the river where I triumphantly netted it—a chub of well over a pound! 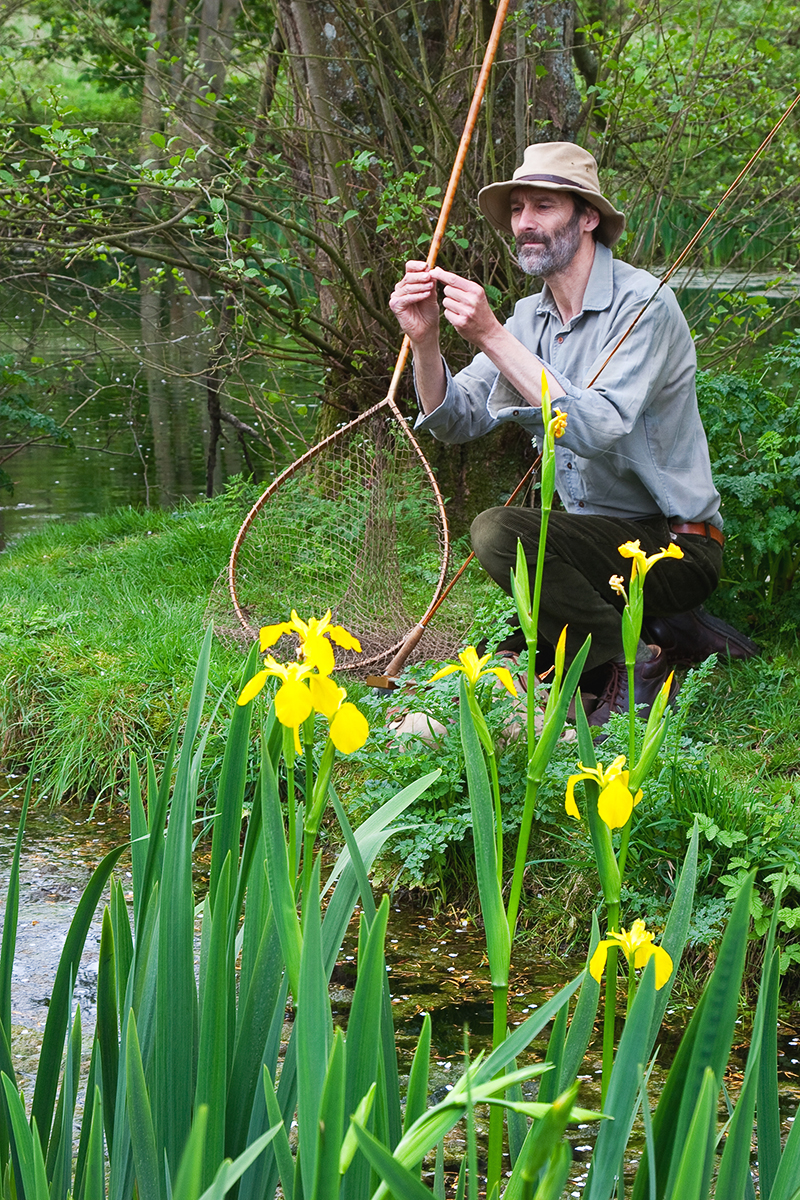 So my introduction to fly fishing had been eventful and great fun, and over the next couple of summers I always took the fly rod with me whenever I went back to the river. Though, in that period, I never caught another fish over a pound on a fly, the artificial always provided an entertaining alternative method to my normal more ‘serious’ river fishing, which mostly entailed freelining worms and slugs for ‘monster’ (3lbs+) chub. On the dry fly, I caught plenty of dace and juvenile chub and even a few rudd, but by the late 60s carp fishing had become a total obsession for me and for years I hardly ever visited a river, let alone cast a fly.

Fast forward 25 years and a Hampshire river has not only saved me from carp purgatory it has persuaded me to move 60 miles west so that I can fish it more regularly for my new infatuation: barbel. The river was the Avon, a chalk stream whose many tributaries include some lovely little trout rivers, like the Wylie, Nadder and Ebble. Though trout fishing has never yet had the appeal of those other forms of angling that have demanded so much of my time, I have always liked the idea of setting out to fly fish a small trout stream in springtime, when the season for all my favourite species has just ended. I don’t think it will ever become an obsession—for a start, there are too many other wonderful things to do in spring than spend all my time fishing (snake spotting, for instance, and watching for the incoming spring migrants and listening to their heart lifting music, especially the songs of the nightingale which still echo in a few unspoilt places), but I have enjoyed some great fishing and even caught some quite respectable trout.

My last fly fishing trip was not to one of my local chalkstreams, but to the Upper Loddon, where it flows between low grassy hills, through small fields and unkempt woods. In places it’s only a few yards wide and no more than knee-deep, but there is plenty of cover in the form of reedbeds and fallen or leaning willows and the majority of trout are wild. The average size is quite high, with two- and three-pounders a distinct possibility, plus the always exciting rumours of occasionally glimpsed giants—fish of perhaps 6lb, which seems astonishing for such a small stream. I was fishing as a guest of master cane-splitter, Edward Barder, who has fished the Loddon for many seasons and has, over that time, landed some colossal specimens. It was late May, the weather was like it always should be at that time and the mayflies were still abundant.

Edward met me at noon by an old mill on a sidestream—almost too perfect a rendezvous—and we set off on foot upstream, crossing the fields to the main river and walking over a mile before my host decided we’d come far enough to unpack not the rods, but the lunch.

“No rush,” said Edward. “The best of the fishing will be from mid-afternoon.”

We ate sandwiches, we drank cider, I made a pot of tea. And then, just as Edward had predicted, the trout began to rise. A few mayflies had started to appear and Edward offered me one of his own imitations, tied on a size 8, a pattern I’d used the previous season with good results. My rod was not that same one I’d bought fifty years ago—I don’t actually know what happened to that particular old stick, but my favourite fly rod nowadays is also from the same era, a featherweight yet very crisp feeling seven-footer by Martin James which has managed to subdue several memorable brownies over the last few springs. As I tied on the Barder special, a bird flashed overhead and I looked up to see a small falcon, a hobby, diving into a plume of rising mayflies. It made several tight turns, snatching the insects from the air before arrowing away upstream. Not much fun being a mayfly, I thought. If the birds don’t get you the trout will, and even if you hide in a tree all day you probably won’t live long enough to see the sunset. But the falcon was a good omen for me because, as I watched it whizz into the distance, I saw a big splashy rise on the inside of the upstream bend. There’d been a few less hearty rises nearer to hand and I made several casts towards them, but a sudden gusty breeze kept wafting my fly out of kilter and eventually I decided I was probably wasting my time when there seemed to be a large hungry trout just waiting for me under the near bank.

I crept the 60 yards upstream, crawling the last section until I was hunkered behind a clump of half-submerged reeds. The trout was still rising regularly no more than a rod’s-length out and all I needed to do was gently swing the mayfly so that it touched down just upstream of it. Twice it ignored the offering; on the third attempt the water bulged as the fish came short. I held my breath, sensing that a take was definitely going to happen. The fly drifted down once again, the water bumped and the line zipped taut. I just raised the rod and watched it curve down to the butt as the trout twigged its predicament and surged off downstream.

Edward had wandered off with his rod and I whistled and shouted that he should come back and give me a hand with the net, but he’d obviously gone beyond earshot because he didn’t reappear. The fish leapt under the opposite bank and made a brilliant gold flash before it crashed back. I’ve had a few bigger sea trout in my net, but this looked like the largest brownie I’d ever hooked. It dived dangerously into a bed of water crowfoot and for a tense moment I tried to keep the pressure steady as it solidly bogged me. Nothing budged, so I took a few paces down the bank until I was below the fish which then came almost serenely uncorked. I drew it to my side of the stream before it powered off along the bank and broke surface again with a wallop. I slid the net into the water and told myself not to cry when the trout turned away from it and stripped another 10 yards off the reel.

“Steady now, old son, you can do this,” I muttered. “But where the hell is Mr Barder when you need him most?”

The fish rolled, showed a broad yellow flank, and at the end came quietly over the net. 2lbs 12oz, a lovely bright wild brownie with just a few large spots. Edward appeared just as I was weighing it and he took its portrait before I slid it back to feast on the mayflies again. I lost the subsequent photograph, but the image is still perfectly clear in my memory. 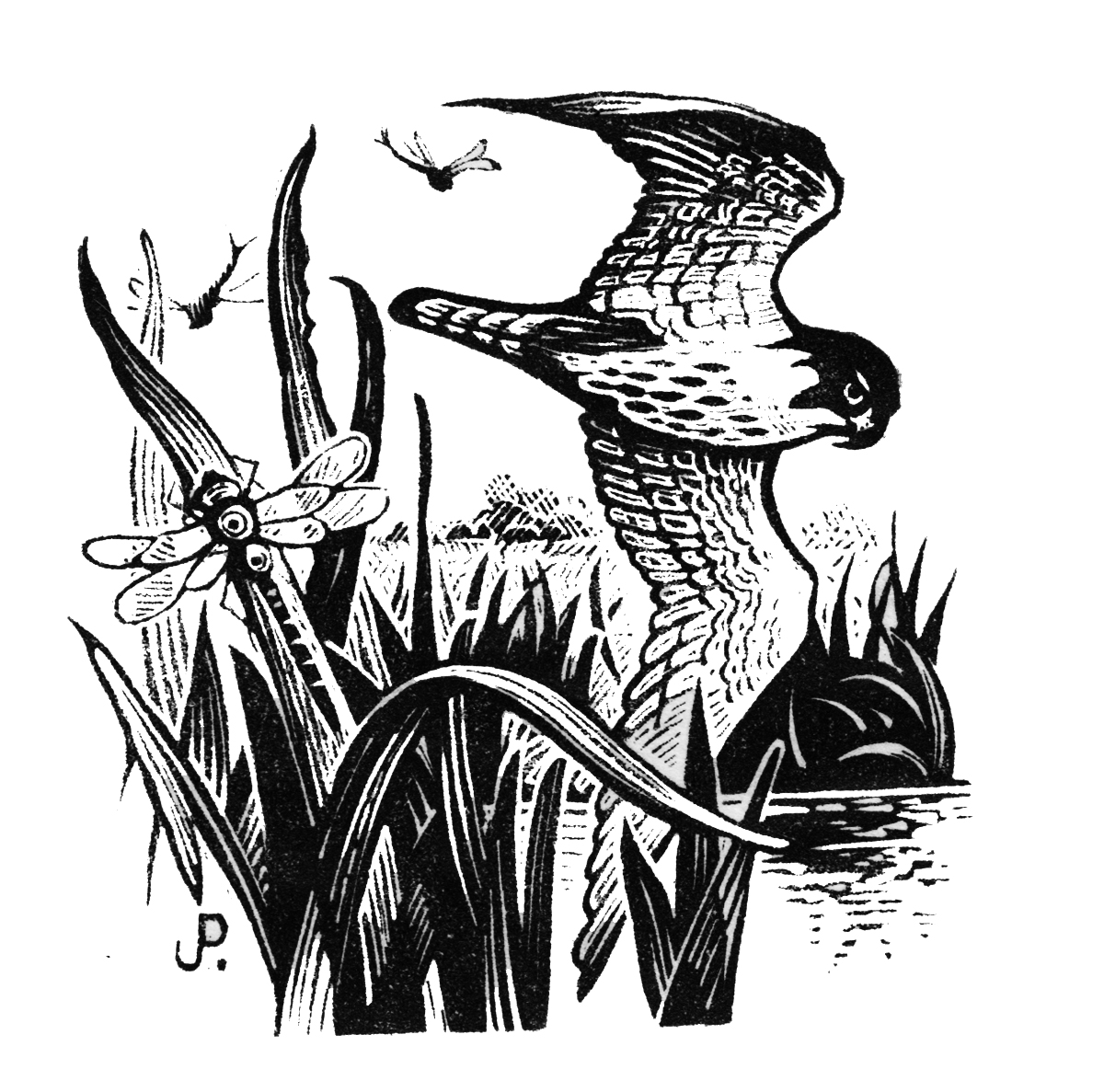