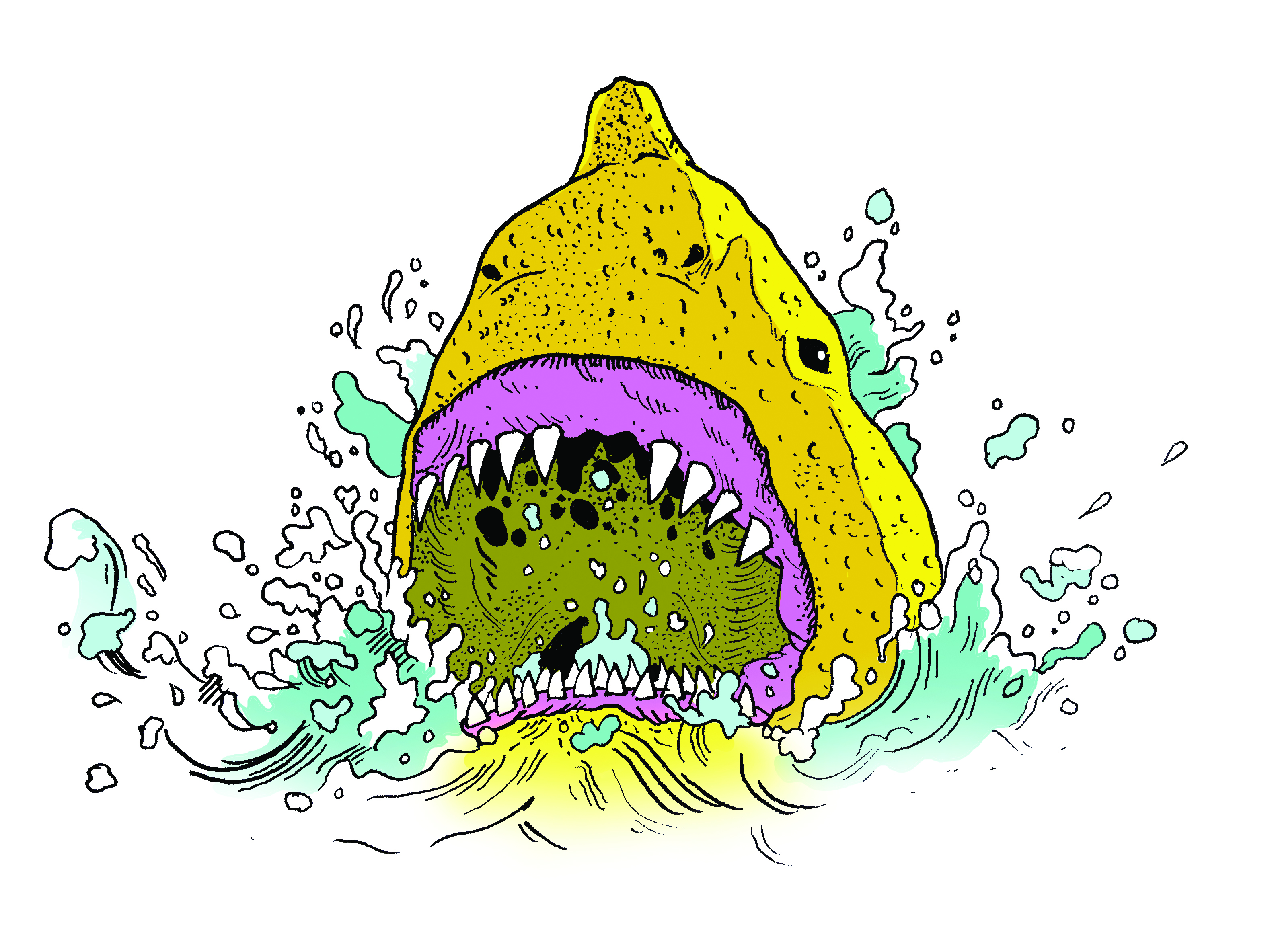 Editor Fallon tends to get nervous when Fishpool talks politics. Hardly surprising really, given my rather unusual stance that encompasses Far-Right Liberalism with Globalised Nationalism and Feminist Mormonism.

So when I suggested that I begin the round up of March’s news with a story involving China, a giant orange slug and an odd shaped mullet, poor old Editor Fallon got into a sweat. I don’t think he’s forgiven me for the throwaway piece I wrote about Vladimir Putin’s favourite phishing techniques…

Of course, he needn’t have worried. All I wanted to do was alert people to the capture of a probable world lure caught record mandarin catfish. Taken by a German angler on a mullet shad lure, the fish measured 251cm, which is probably more than a yard and less than a mile, but irrelevant anyway because we care only about the weight of ‘record’ fish in good old Blighty…

We will find them on the beaches…

God certainly had a bit of fun while he (or her) created the animals. Not content with having made sharks and crocodiles to terrify the living crap out of us – he (or she) then went and mashed up the two.

Apparently they grow up to 100cm long, which is presumably more than a yard but less than a mile – a hundred of anything is an awful lot.

Oh hang on….there is a proper imperial measurement in the text. Average weight 13lb! They’re only little! Oh God, you little devil. On the wind-up yet again…

Ha ha! God is up to his (or her) tricks again – crossing a shark with a lemon this time.

I suppose it will have plenty of zest, but a ‘lemon shark’, really? I think God is taking the pip…

And they only grow to 3.5 metres, which sounds pretty short to Fishpool, probably less than a yard. Mind you, that chap in the article looks to have been cut pretty bad, and those wounds will smart if he gets citric acid in them.

While lying awake at night, contemplating the intricacies of the metric system, Fishpool occasionally finds himself considering the fine lines that we anglers build our beliefs around.

It is odd enough to non-fishing people (let’s call them ‘puddles’) that we should care so much for an animal that we want to then remove, physically, from its natural home. Odder still must seem some of the rules that we abide by.

We may chastise those who cast upstream, or use barbed hooks, multiple rods, hair-rigs or livebait. Keep nets are scorned and unhooking mats essential. Kneel down for trophy shots and never, ever count a fish that hasn’t been hooked fairly and squarely in the mouth.

That last point is an odd one for anyone who fishes solely for food – after all, a mackerel angler won’t put back his dinner because it was hooked through the pectoral. So perhaps we can sympathise to some degree with the angler fined nearly £800 (plus costs) having been caught deliberately trying to foul-hook fish.

Problem is though, it just ain’t cricket… a bit like mankading or feigning an injury or using a referendum to further your own ambition. We shake our heads at such behaviour – unless we are doing it ourselves….ahem.

Now Fishpool doesn’t have a clue how much 1.4 billion litres is (presumably more than a gallon but less than the North Sea), but that is one heck of a big number and by continuing his logic, that amount of untreated sewage being pumped into the River Thames is unacceptable however it is measured.

So good news, of sorts, that those responsible, Thames Water, have been clobbered with a fine of over £20m. The bad news being that it went on for so long unchecked, and will the fine actually stop such a thing happening again?

It does at least make sense of Editor Fallon’s comment on the phone last month.

‘Was that your second pike from that Thames weirpool?’ I asked.

I thought it was just his Irish brogue….

A kick up the wrasse

An accusation often levelled at Fishpool is his inability to garner perspective. There may be some basis for such a suggestion, but thankfully, now that we’re going back to feet, inches, shillings and half crowns, things should become a lot less confusing.

Nevertheless, this particular tale delivers such a crazy dose of reality that even Fishpool understands it.

The basic premise is quite positive. Wrasse are being caught and caged (alive) as they pick off the parasites, such as sea lice, from the bodies of farmed salmon. It sounds like a brilliant idea. No need for chemicals or nasty pesticides, but a green and pleasant solution.

Except for the fact that in Norway, the world’s leading ‘producer’ of Atlantic salmon, the wrasse is now being overfished to the point of conservation concern. A rise in catch from 2 million to 22 million tons in just 8 years is something even Fishpool can understand to be anything but sustainable – and what does it say for the sheer amount of salmon that are being farmed and the further impact that the industry might have?

Blimey, it’s enough to drive a man to drink. Time for a quick 568ml of bier……salute et cin cin!

Illustration by Will Yates